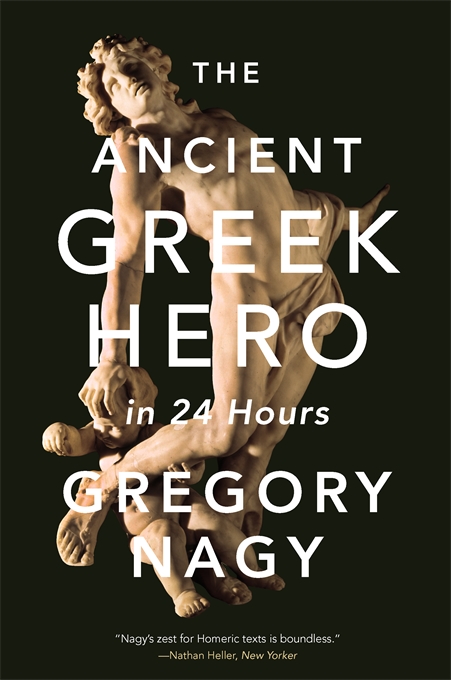 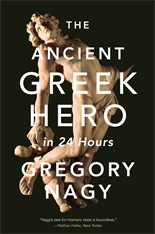 What does it mean to be a hero? The ancient Greeks who gave us Achilles and Odysseus had a very different understanding of the term than we do today. Based on the legendary Harvard course that Gregory Nagy has taught for well over thirty years, The Ancient Greek Hero in 24 Hours explores the roots of Western civilization and offers a masterclass in classical Greek literature.

We meet the epic heroes of Homer’s Iliad and Odyssey, but Nagy also considers the tragedies of Aeschylus, Sophocles, and Euripides, the songs of Sappho and Pindar, and the dialogues of Plato. Herodotus once said that to read Homer was to be a civilized person. To discover Nagy’s Homer is to be twice civilized.

“By force of its prestige, the Iliad sets the standard for the definition of the word epic: an expansive poem of enormous scope, composed in an old-fashioned and superbly elevated style of language, concerning the wondrous deeds of heroes. That these deeds were meant to arouse a sense of wonder or marvel is difficult for the modern mind to comprehend, especially in a time when even such words as wonderful or marvelous have lost much of their evocative power. Nor is it any easier to grasp the ancient Greek concept of hero (the English word is descended from the Greek), going beyond the word’s ordinary levels of meaning in casual contemporary usage.

Who, then, were these heroes? In ancient Greek traditions, heroes were humans, male or female, of the remote past, endowed with superhuman abilities and descended from the immortal gods themselves. A prime example is Achilles. The greatest hero of the Iliad, Achilles was the son of Thetis, a sea-goddess known for her far-reaching cosmic powers.

It is clear in the epic, however, that the father of Achilles is mortal, and that this greatest of heroes must therefore be mortal as well. So, too, with all the ancient Greek heroes: even though they are all descended in some way or another from the gods, however many generations removed, heroes are mortals, subject to death. No matter how many immortals you find in a family tree, the intrusion of even a single mortal will make all successive descendants mortal. Mortality, not immortality, is the dominant gene.”—From the book