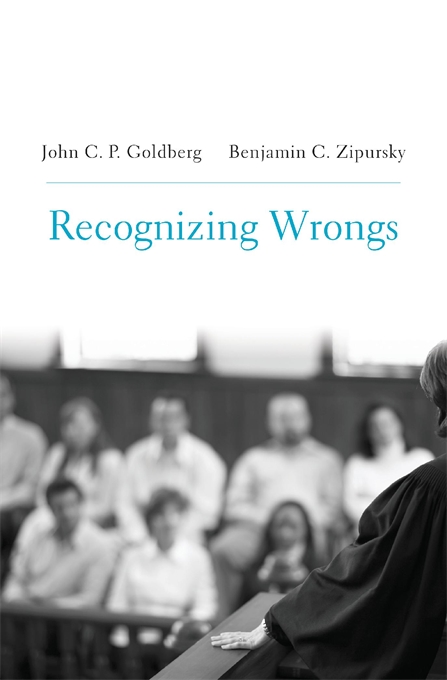 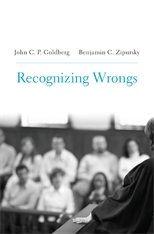 Two preeminent legal scholars explain what tort law is all about and why it matters, and describe their own view of tort’s philosophical basis: civil recourse theory.

Tort law is badly misunderstood. In the popular imagination, it is “Robin Hood” law. Law professors, meanwhile, mostly dismiss it as an archaic, inefficient way to compensate victims and incentivize safety precautions. In Recognizing Wrongs, John Goldberg and Benjamin Zipursky explain the distinctive and important role that tort law plays in our legal system: it defines injurious wrongs and provides victims with the power to respond to those wrongs civilly.

Tort law rests on a basic and powerful ideal: a person who has been mistreated by another in a manner that the law forbids is entitled to an avenue of civil recourse against the wrongdoer. Through tort law, government fulfills its political obligation to provide this law of wrongs and redress. In Recognizing Wrongs, Goldberg and Zipursky systematically explain how their “civil recourse” conception makes sense of tort doctrine and captures the ways in which the law of torts contributes to the maintenance of a just polity.