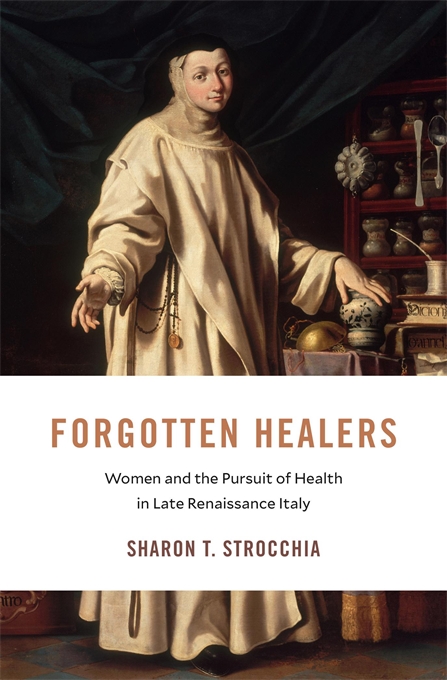 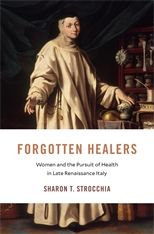 Women and the Pursuit of Health in Late Renaissance Italy

“Based on extensive archival research and a wide reading of secondary literature, this clearly written book demonstrates that women played a large role in Italian Renaissance health care.”—Choice

“Makes a vital contribution to the history of medicine, gender studies, and Renaissance studies. With plentiful excursuses throughout that reward curiosity with delightful explanations, and lucid and engaging prose, Strocchia showcases the various roles carried out by women in the provision of health care in early modern Italy.”—Sheila Barker, Director at the Medici Archive Project

“Impeccably researched and highly readable, Forgotten Healers is the most comprehensive study of early modern women’s involvement in medicine to date. A remarkable book with fresh perspectives that significantly advances our understanding of the distinctive ways of learning and knowing that characterized the early modern age.”—Sandra Cavallo, coauthor of Healthy Living in Late Renaissance Italy

“Beautifully illuminates the many ways in which women acted as medical agents and became medical artisans in Renaissance Florence and beyond. Strocchia’s deeply researched study reveals how Medici women, controversial saintly healers, nun apothecaries, and hospital nurses in an age of syphilis all participated in a political economy of family, faith, health, and charity. Essential reading for anyone interested in gender and medicine in the early modern era.”—Paula Findlen, author of Possessing Nature

“This superbly researched and elegantly written study of women’s roles in the pursuit of health in late Renaissance Italy puts women back in the center of medical knowledge and medical practices during a major turning point in European history.”—Judith Brown, author of Immodest Acts

“Forgotten Healers defines medical work to include the activities of people beyond professional physicians and surgeons. This broader understanding of early modern medical knowledge and practice underwrites Strocchia’s powerful rethinking of early modern medicine, making women and women’s contributions not only integral but central.”—Katharine Park, author of Secrets of Women