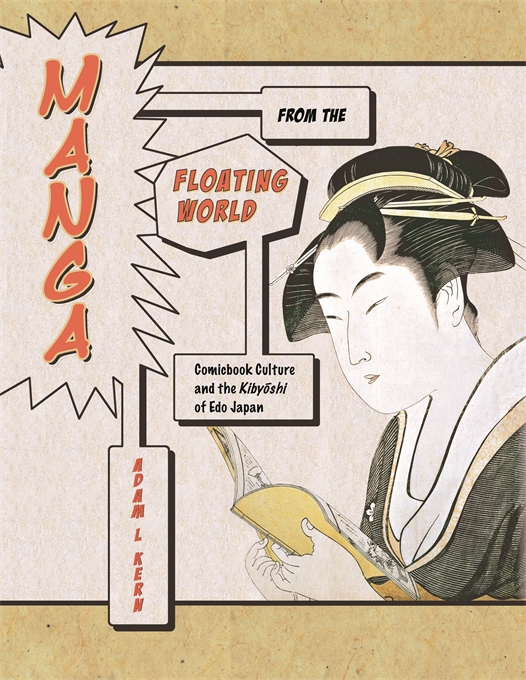 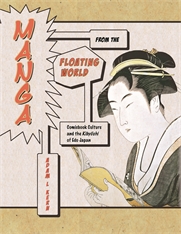 Manga from the Floating World

Comicbook Culture and the Kibyōshi of Edo Japan, Second Edition, With a New Preface

“An indispensable text in the fields of manga studies and the history of early modern Japanese popular culture… Kern’s work stands the test of time and amply illustrates his contention that, despite not having given rise to manga, the kibyôshi ‘offers a similarly informative, visually compelling, and perhaps even an ultimately meaningful glimpse into one of the world’s most fascinating civilizations during one of that civilization’s greatest cultural efflorescences.’ Students and scholars of manga studies, comics studies, and Japanese history will find much to reward them.”—Andrea Horbinski, Journal of Anime and Manga Studies

“Manga from the Floating World is a treasure trove of cultural tidbits… Kern’s love of his subject is infectious; how many scholarly books can be described as a joy to read? Mirroring the contradictions embodied in his beloved kibyoshi, Kern’s seemingly effortless, flowing prose belies a Mount Fuji of thoughtfulness, planning, imagination and erudition. He writes, as was once said of Raymond Chandler, like a slumming angel—but much more engagingly. His prodigious command of sources and generosity in crediting ideas are exemplary. His deft deployment of literary and cultural theory is as masterful as it is discreet. The book generates broad questions that resonate in the reader’s mind: How does humor ‘work’? What is the social role of the bestseller? What kinds of things do urban myths really tell us? How does the concept of au courant embody the seeds of its own demise? Why do people read? Some twenty years ago I asked Henry Smith why no one tried to do for Edo what Robert Darnton accomplished for eighteenth-century France in his classic The Great Cat Massacre and Other Episodes in French Cultural History: giving readers the gift of mental time travel. The answer was that the Japanese material is nearly impossible for any single person to retrieve on that scale. Manga from the Floating World demonstrates that scholarship has advanced to the point that this now is possible. Kern’s book rivals Darnton’s. As one of Enjiro’s savvy cronies might have said to the author: ‘Arigatayama!’”—Melinda Takeuchi, Impressions

“The present volume is a brilliant introduction to the world of kibyoshi. Taking account of very different aspects of Edo’s literary and cultural life, Kern provides a fascinating view of a long-disregarded form of Edo literature.”—Stephan Kohn, Monumenta Nipponica

“Adam L. Kern’s stylish study demonstrates clearly the lack of any ongoing tradition: the kibyoshi were forgotten until the modern Japanese comics industry, accused of slavish imitation of America, needed to provide itself with roots, or at least with distant, childless cousins.”—Roz Kaveney, The Times Literary Supplement