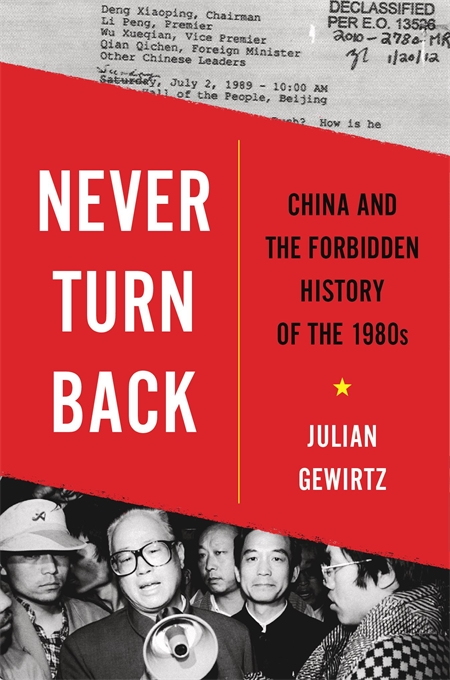 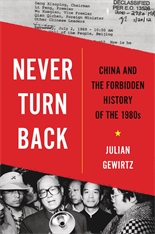 China and the Forbidden History of the 1980s

The history the Chinese Communist Party has tried to erase: the dramatic political debates of the 1980s that could have put China on a path to greater openness.

On a hike in Guangdong Province in January 1984, Deng Xiaoping was warned that his path was a steep and treacherous one. “Never turn back,” the Chinese leader replied. That became a mantra as the government forged ahead with reforms in the face of heated contestation over the nation’s future. For a time, everything was on the table, including democratization and China’s version of socialism. But deliberation came to a sudden halt in spring 1989, with protests and purges, massacre and repression. Since then, Beijing has worked intensively to suppress the memory of this era of openness.

Julian Gewirtz recovers the debates of the 1980s, tracing the Communist Party’s diverse attitudes toward markets, state control, and sweeping technological change, as well as freewheeling public argument over political liberalization. The administration considered bold proposals from within the party and without, including separation between the party and the state, empowering the private sector, and establishing an independent judiciary. After Tiananmen, however, Beijing systematically erased these discussions of alternative directions. Using newly available Chinese sources, Gewirtz details how the leadership purged the key reformist politician Zhao Ziyang, quashed the student movement, recast the transformations of the 1980s as the inevitable products of consensus, and indoctrinated China and the international community in the new official narrative.

Never Turn Back offers a revelatory look at how different China’s rise might have been and at the foundations of strongman rule under Xi Jinping, who has intensified the policing of history to bolster his own authority.