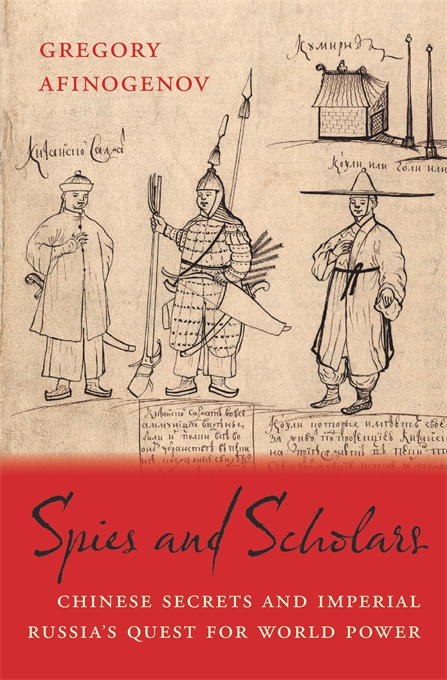 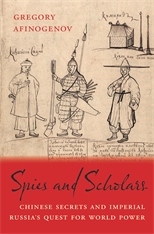 The untold story of how Russian espionage in imperial China shaped the emergence of the Russian Empire as a global power.

From the seventeenth to the nineteenth century, the Russian Empire made concerted efforts to collect information about China. It bribed Chinese porcelain-makers to give up trade secrets, sent Buddhist monks to Mongolia on intelligence-gathering missions, and trained students at its Orthodox mission in Beijing to spy on their hosts. From diplomatic offices to guard posts on the Chinese frontier, Russians were producing knowledge everywhere, not only at elite institutions like the Academy of Sciences in St. Petersburg. But that information was secret, not destined for wide circulation.

Gregory Afinogenov distinguishes between the kinds of knowledge Russia sought over the years and argues that they changed with the shifting aims of the state and its perceived place in the world. In the seventeenth century, Russian bureaucrats were focused on China and the forbidding Siberian frontier. They relied more on spies, including Jesuit scholars stationed in China. In the early nineteenth century, the geopolitical challenge shifted to Europe: rivalry with Britain drove the Russians to stake their prestige on public-facing intellectual work, and knowledge of the East was embedded in the academy. None of these institutional configurations was especially effective in delivering strategic or commercial advantages. But various knowledge regimes did have their consequences. Knowledge filtered through Russian espionage and publication found its way to Europe, informing the encounter between China and Western empires.

Based on extensive archival research in Russia and beyond, Spies and Scholars breaks down long-accepted assumptions about the connection between knowledge regimes and imperial power and excavates an intellectual legacy largely neglected by historians.