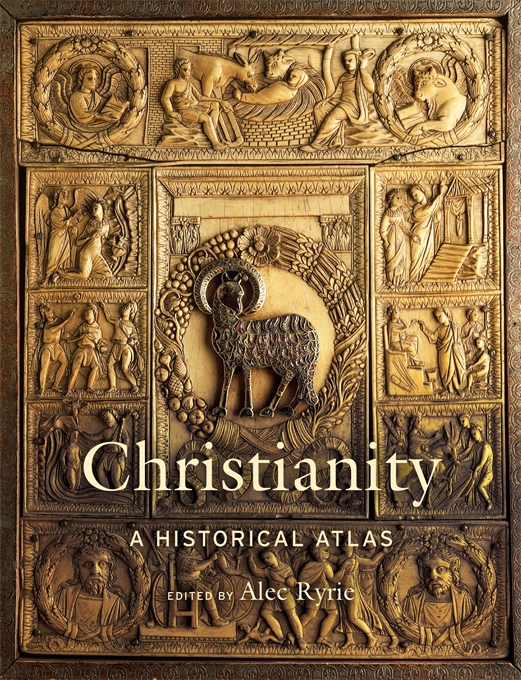 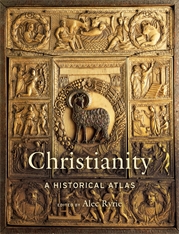 The dramatic story of Christianity from its origins to the present day, told through more than one hundred stunning color maps.

With over two billion practicing believers today, Christianity has taken root in almost all parts of the globe. Its impact on Europe and the Americas in particular has been fundamental. Through more than one hundred beautiful color maps and illustrations, Christianity traces the history of the religion, beginning with the world of Jesus Christ. From the consolidation of the first Christian empire—Constantine’s Rome—to the early Christian states that thrived in Ireland, Ethiopia, and other regions of the Roman periphery, Christianity quickly proved dynamic and adaptable.

After centuries of dissemination, strife, dogmatic division, and warfare in its European and Near Eastern heartland, Christianity conquered new worlds. In North America, immigrants fleeing persecution and intolerance rejected the established Church, and in time revivalist religions flourished and spread. Missionaries took the Christian message to Latin America, Africa, and Asia, bringing millions of new converts into the fold.

Christianity has served as the inspiration for some of the world’s finest monuments, literature, art, and architecture, while also playing a major role in world politics and history, including conquest, colonization, conflict, and liberation. Despite challenges in the modern world from atheism and secularism, from scandals and internal divisions, Christianity continues to spread its message through new technologies while drawing on a deep well of history and tradition.