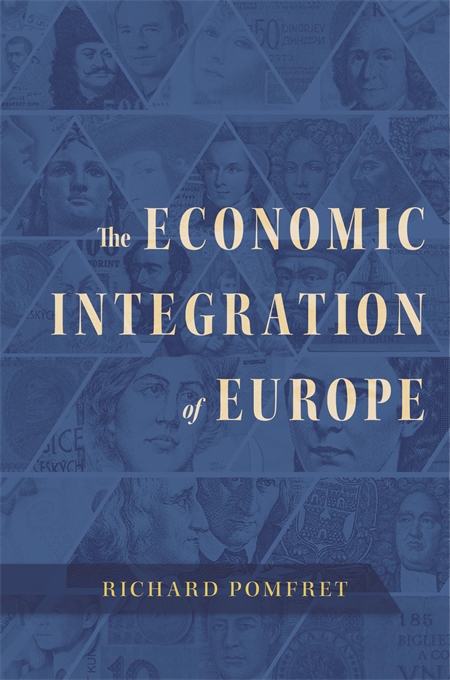 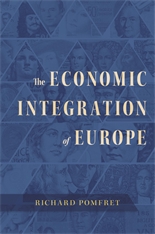 The Economic Integration of Europe

The clearest and most up-to-date account of the achievements—and setbacks—of the European Union since 1945.

Europe has been transformed since the Second World War. No longer a checkerboard of entirely sovereign states, the continent has become the largest single-market area in the world, with most of its members ceding certain economic and political powers to the central government of the European Union. This shift is the product of world-historical change, but the process is not well understood. The changes came in fits and starts. There was no single blueprint for reform; rather, the EU is the result of endless political turmoil and dazzling bureaucratic gymnastics. As Brexit demonstrates, there are occasional steps backward, too. Cutting through the complexity, Richard Pomfret presents a uniquely clear and comprehensive analysis of an incredible achievement in economic cooperation.

The Economic Integration of Europe follows all the major steps in the creation of the single market since the postwar establishment of the European Coal and Steel Community. Pomfret identifies four stages of development: the creation of a customs union, the deepening of economic union with the Single Market, the years of monetary union and eastward expansion, and, finally, problems of consolidation. Throughout, he details the economic benefits, costs, and controversies associated with each step in the evolution of the EU. What lies ahead? Pomfret concludes that, for all its problems, Europe has grown more prosperous from integration and is likely to increase its power on the global stage.