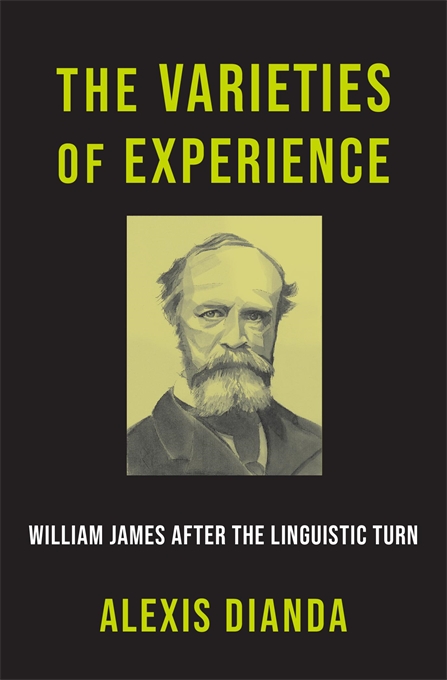 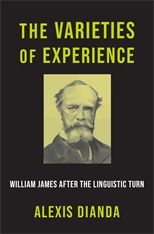 The Varieties of Experience

William James after the Linguistic Turn

A reclamation of experience as the foremost concept in the work of William James, and a powerful argument for the continuing importance of his philosophy.

How does one deploy experience without succumbing to a foundationalist epistemology or an account of the subject rooted in immediately given objects of consciousness? In the wake of the so-called linguistic turn of the twentieth century, this is a question anyone thinking philosophically about experience must ask.

Alexis Dianda answers through a reading of the pragmatic tradition, culminating in a defense of the role of experience in William James’s thought. Dianda argues that by reconstructing James’s philosophical project, we can locate a model of experience that not only avoids what Wilfrid Sellars called “the myth of the given” but also enriches pragmatism broadly. First, Dianda identifies the motivations for and limitations of linguistic nominalism, insisting that critics of experience focus too narrowly on justification and epistemic practices. Then, by emphasizing how James’s concept of experience stresses the lived, affective, and nondiscursive, the argument holds that a more robust notion of experience is necessary to reflect not just how we know but how we act.

The Varieties of Experience provides a novel reconstruction of the relationship between psychology, moral thought, epistemology, and religion in James’s work, demonstrating its usefulness in tackling issues such as the relevance of perception to knowledge and the possibility of moral change. Against the tide of neopragmatic philosophers such as Richard Rorty and Robert Brandom, who argue that a return to experience must entail appeals to foundationalism or representationalism, Dianda’s intervention rethinks not only the value and role of experience but also the aims and resources of pragmatic philosophy today.