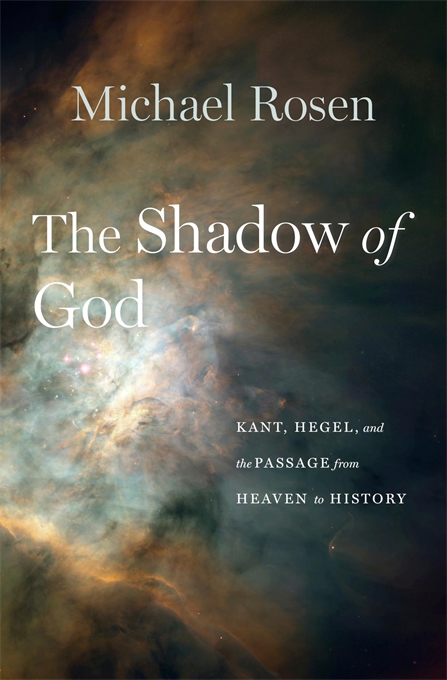 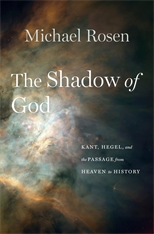 The Shadow of God

Kant, Hegel, and the Passage from Heaven to History

A bold and beautifully written exploration of the “afterlife” of God, showing how apparently secular habits of mind in fact retain the structure of religious thought.

Once in the West, our lives were bounded by religion. Then we were guided out of the darkness of faith, we are often told, by the cold light of science and reason. To be modern was to reject the religious for the secular and rational. In a bold retelling of philosophical history, Michael Rosen explains the limits of this story, showing that many modern and apparently secular ways of seeing the world were in fact profoundly shaped by religion.

The key thinkers, Rosen argues, were the German Idealists, as they sought to reconcile reason and religion. It was central to Kant’s philosophy that, if God is both just and assigns us to heaven or hell for eternity, we must know what is required of us and be able to choose freely. In trying to live moral lives, Kant argued, we are engaged in a collective enterprise as members of a “Church invisible” working together to achieve justice in history. As later Idealists moved away from Kant’s ideas about personal immortality, this idea of “historical immortality” took center stage. Through social projects that outlive us we maintain a kind of presence after death. Conceptions of historical immortality moved not just into the universalistic ideologies of liberalism and revolutionary socialism but into nationalist and racist doctrines that opposed them. But how, after global wars and genocide, can we retain faith in any conception of shared moral progress and, if not, what is to become of the idea of historical immortality? That is our present predicament.

A seamless blend of philosophy and intellectual history, The Shadow of God is a profound exploration of secular modernity’s theistic inheritance.