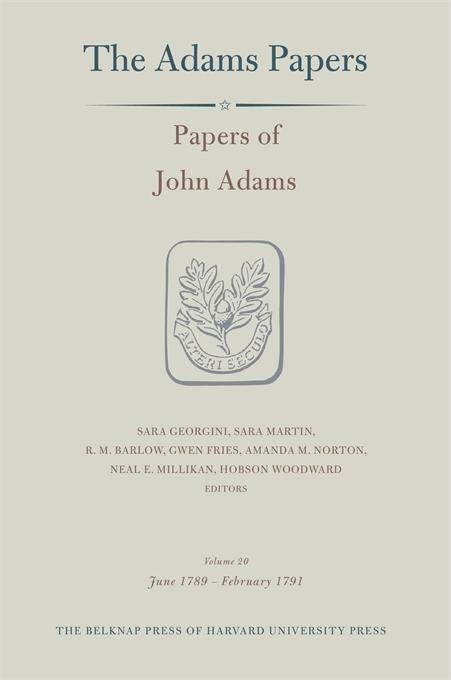 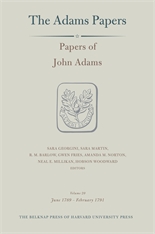 John Adams’s shaping of the vice presidency dominates this volume of the Papers of John Adams, which chronicles a formative era in American government spanning June 1789 to February 1791.

As the first federal Congress struggled to interpret the U.S. Constitution and implement a new economic framework, Adams held fast to federalist principles and staked out boundaries for his executive powers. Meeting in New York City, Adams and his colleagues warred over how to collect revenue and where to locate the federal seat. They established and staffed the departments of state, treasury, and war. Adams focused on presiding over the Senate, where he broke several ties. Enduring the daily grind of politics, he lauded the “National Spirit” of his fellow citizens and pledged to continue laboring for the needs of the American people. “If I did not love them now, I would not Serve them another hour—for I very well know that Vexation and Chagrine, must be my Portion, every moment I shall continue in public Life,” Adams wrote. He plunged back into writing, using his Discourses on Davila to synthesize national progress with republican history. Whether or not the union would hold, as regional interests impeded congressional action, remained Adams’s chief concern. “There is every Evidence of good Intentions on all sides but there are too many Symptoms of old Colonial Habits: and too few, of great national Views,” he observed.

Once again, John Adams’s frank letters reveal firsthand the labor of nation-building in an age of constitutions.