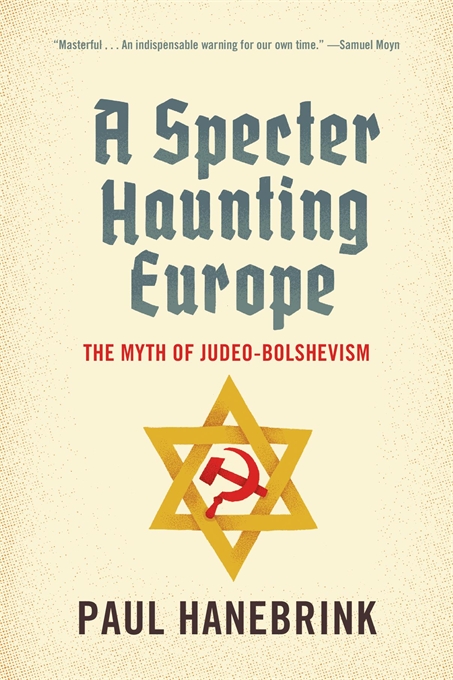 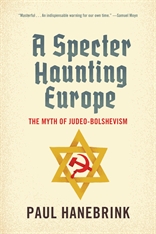 “Magisterial… Hanebrink’s book covers this dark history with insight and skill. He has the linguistic ability to bring Eastern Europe fully into the narrative, and the vision to include American and Western European debates, too. The end result is a major intervention into our understanding of 20th-century Europe and the lessons we ought to take away from its history.”—James Chappel, The Nation

“A timely reminder of the intellectual tradition deployed by Republican politicians in the U.S. when they join the loose coalition of conspiracy theorists across the Atlantic gleefully demonizing George Soros. It is both salutary and depressing to be reminded of how enduring the trope of an exploitative global Jewish conspiracy against pure, humble and selfless nationalists really is… A century after the end of the first world war, we have, it seems, learned very little.”—Mark Mazower, Financial Times

“Outstanding… Makes clear that Judeo-Bolshevism was far from an afterthought; it was a—perhaps the—central catalyst in driving forward the Nazi genocidal project… The most exhaustive account to date of the Nazi obsession with Judeo-Bolshevism, but also of the other sites and eras in Europe in which the myth of Judeo-Bolshevism flourished.”—David N. Myers, Los Angeles Review of Books

“One of the great merits of Paul Hanebrink’s A Specter Haunting Europe is its demonstration of how Europe’s most pervasive and powerful twentieth-century manifestation of anti-Semitic thought—the myth of Judeo-Bolshevism—emerged before the rise of National Socialism and has continued to have a curious life long after the Holocaust and the defeat of Nazi Germany.”—Christopher R. Browning, New York Review of Books

“Thoughtful and informative… In addition to examining the origins and influence of the Judeo-Bolshevik myth in the period from 1917 to 1945, Hanebrink attempts to show that it is still an important element in anti-Semitism, both in Europe and beyond… While Judeo-Bolshevism may have lost its resonance, Paul Hanebrink is right to insist that its history still matters, both as a key to understanding the tragic fate of Europe’s Jews in the first half of the twentieth century and as a reminder of how myths can open the way to political and moral catastrophe.”—James J. Sheehan, Commonweal

“An edifying new book that serves as a valuable addition to the corpus of scholarship on the long history of antisemitism.”—Tibor Krausz, Jerusalem Post

“Superb… Argues cogently that the Judeo-Bolshevism peril was constructed from ‘the raw materials of anti-Judaism, recycled and rearranged to meet new requirements.’”—Sheldon Kirshner, Times of Israel

“As Paul Hanebrink demonstrates in this masterly account, the myth of Judaeo-Bolshevism rose on a tide of hysteria whipped up by the chaos in central Europe that marked the end of the Great War… This in turn fed easily into a vicious racist rhetoric that characterized much of the discourse of the political right in Europe between the two world wars and which was of course a cornerstone of the Nazi enterprise.”—Geoffrey Alderman, Times Higher Education

“Hanebrink follows the myth’s twisted course from its European origins in the immediate aftermath of the Bolshevik Revolution, through the jaundiced politics of the interwar period, to its devastating culmination in Nazi Germany… He argues that it survives today in the resurgent right-wing nationalism cropping up in many Western countries. From the start, the fantasy held that an alien element—the Jews—aimed to subvert the cultural values and national identities of Western societies. As Hanebrink points out, this theme is echoed in modern anti-Muslim conspiracy theories. The writers, politicians, and shills whose poisonous ideas he exhumes have many contemporary admirers.”—Robert Legvold, Foreign Affairs

“Hanebrink has written a remarkable study… [He] successfully blends the political history of twentieth-century Eastern Europe—with Germany figuring prominently in his narrative—with an originally conceived intellectual history of the Judeo-Bolshevik myth and various echoes that it spawned in public discourse… His book is too good and too rich to be summarized. It should be read.”—Jan T. Gross, American Historical Review

“A tour de force… This is a first-rate, innovative study not only of a crucial chapter in European history, but also of vicious forces still at play in the present.”—Michael Stanislawski, Journal of Modern History

“A masterful attempt to dissect the origins and the development of the idea of Judeo-Bolshevism in different cultural and political settings across twentieth-century Europe, and to explain why and how this canard came to shape the intentions of the leaders of so many parties and organizations, and dominate the minds of intellectuals as well as of average players in the Age of Extremes… Hanebrink’s close study of the way in which Nazism refashioned Judeo-Bolshevism is magisterial in the detailed assessment of how different European countries and organizations responded to Germany’s acclaimed mission to lead Europe against the common enemy… [A] tour de force… [A] definitive history of Judeo-Bolshevism.”—Elissa Bemporad, Marginalia

“Remarkably lucid and disturbingly relevant… An explicit response to the continued use of Judeo-Bolshevism among far-right movements… The scope of Hanebrink’s achievement here should not be underestimated.”—Sean Martin, Russian Review

“Tremendous… Could not be more timely… These are dangerous times and we need to know as much about the history and politics of the far-right as we can. Hanebrink’s book is a challenging and important contribution helping to develop that understanding.”—John Newsinger, Socialist Review

“This masterful interpretation of the origins and trajectory of the Judeo-Bolshevik myth is far more than a new classic in the canon of the writing of twentieth-century history. With the politics of exclusion and Islamophobia now sweeping Europe, alongside the election of Donald Trump in the United States, Paul Hanebrink’s reconstruction of the conspiratorial imagination that led shadowy others to be blamed—and worse—is an indispensable warning for our own time.”—Samuel Moyn, author of Not Enough: Human Rights in an Unequal World

“During World War II the phantom idea of Judeo-Bolshevism fueled genocides that killed millions of Jews and East Europeans, but, as Paul Hanebrink tells us, we hear its echoes anytime politicians stir fears about outsiders threatening civilization—whether they call it European, Western, or Christian. Hanebrink’s tour de force is rare in its brilliance and originality, but also urgent in its message for our time.”—John Connelly, author of From Enemy to Brother: The Revolution in Catholic Teaching on the Jews, 1933–1965