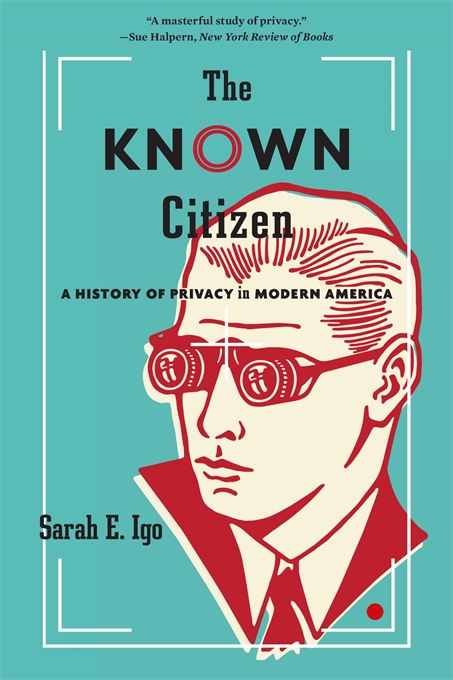 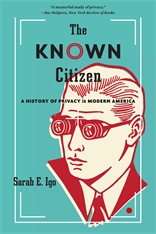 On WGBH’s Innovation Hub, listen to Sarah Igo explain how the explosion of new technologies in the late nineteenth and early twentieth centuries—and continuing to the present—has driven the continuing evolution of what is considered “private” life:

Every day, Americans make decisions about their privacy: what to share and when, how much to expose and to whom. Securing the boundary between one’s private affairs and public identity has become a central task of citizenship. How did privacy come to loom so large in American life? Sarah Igo tracks this elusive social value across the twentieth century, as individuals questioned how they would, and should, be known by their own society.

Privacy was not always a matter of public import. But beginning in the late nineteenth century, as corporate industry, social institutions, and the federal government swelled, increasing numbers of citizens believed their privacy to be endangered. Popular journalism and communication technologies, welfare bureaucracies and police tactics, market research and workplace testing, scientific inquiry and computer data banks, tell-all memoirs and social media all propelled privacy to the foreground of U.S. culture. Jurists and philosophers but also ordinary people weighed the perils, the possibilities, and the promise of being known. In the process, they redrew the borders of contemporary selfhood and citizenship.

The Known Citizen reveals how privacy became the indispensable language for monitoring the ever-shifting line between our personal and social selves. Igo’s sweeping history, from the era of “instantaneous photography” to the age of big data, uncovers the surprising ways that debates over what should be kept out of the public eye have shaped U.S. politics and society. It offers the first wide-angle view of privacy as it has been lived and imagined by modern Americans.