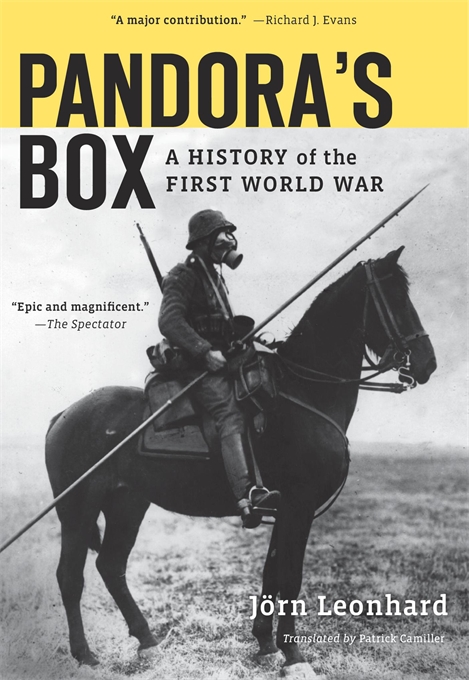 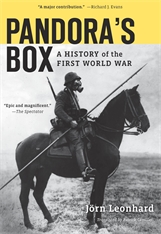 “A major contribution…the best large-scale synthesis in any language of what we currently know and understand about this multidimensional, cataclysmic conflict.”—Richard J. Evans, Times Literary Supplement

In this monumental history of the First World War, Germany’s leading historian of the twentieth century’s first great catastrophe explains the war’s origins, course, and consequences. With an unrivaled combination of depth and global reach, Pandora’s Box reveals how profoundly the war shaped the world to come.

Jörn Leonhard treats the clash of arms with a sure feel for grand strategy, the everyday tactics of dynamic movement and slow attrition, the race for ever more destructive technologies, and the grim experiences of front-line soldiers. But the war was much more than a military conflict, or an exclusively European one. Leonhard renders the perspectives of leaders, intellectuals, artists, and ordinary men and women on diverse home fronts as they grappled with the urgency of the moment and the rise of unprecedented political and social pressures. And he shows how the entire world came out of the war utterly changed.

Postwar treaties and economic turbulence transformed geopolitics. Old empires disappeared or confronted harsh new constraints, while emerging countries struggled to find their place in an age of instability. At the same time, sparked and fueled by the shock and suffering of war, radical ideologies in Europe and around the globe swept away orders that had seemed permanent, to establish new relationships among elites, masses, and the state. Heralded on its publication in Germany as a masterpiece of historical narrative and analysis, Pandora’s Box makes clear just what dangers were released when the guns first fired in the summer of 1914.