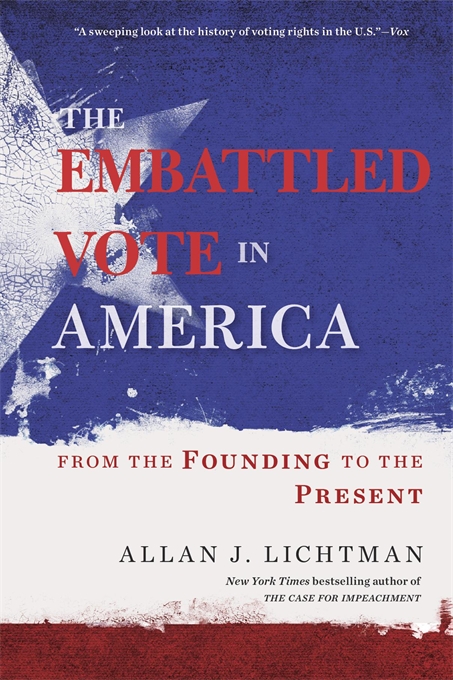 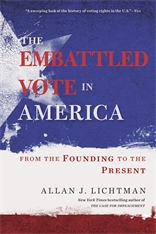 The Embattled Vote in America

From the Founding to the Present

The New York Times bestselling author of The Case for Impeachment shows that gerrymandering and voter suppression have a long history.

“Lichtman’s important book…uses history to contextualize the fix we’re in today. Each party gropes for advantage by fiddling with the franchise… Growing outrage, he thinks, could ignite demands for change. With luck, this fine history might just help to fan the flame.”—New York Times Book Review

Americans have fought and died for the right to vote. Yet the world’s oldest continuously operating democracy guarantees no one, not even its citizens, the right to elect its leaders.

For most of U.S. history, suffrage has been a privilege restricted by wealth, sex, race, residence, literacy, criminal conviction, and citizenship. Economic qualifications were finally eliminated in the nineteenth century, but the ideal of a white man’s republic persisted long after that. Today, voter identification laws, registration requirements, felon disenfranchisement, and voter purges deny many millions of American citizens the opportunity to express their views at the ballot box.

An award-winning historian who has testified in more than ninety voting rights cases, Allan Lichtman gives us the deep history behind today’s headlines and shows that calls of voter fraud, political gerrymandering and outrageous attempts at voter suppression are nothing new. The players and the tactics have changed—we don’t outright ban people from voting anymore—but the battle and the stakes remain just as high.