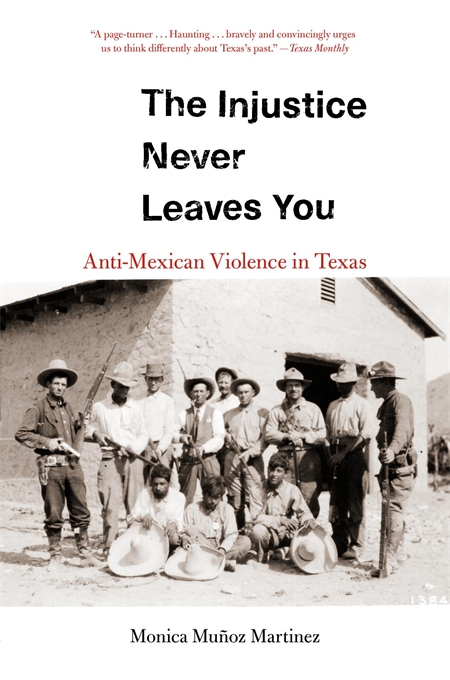 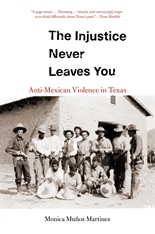 A moving account of a little-known period of state-sponsored racial terror inflicted on ethnic Mexicans in the Texas–Mexico borderlands.

Between 1910 and 1920, vigilantes and law enforcement—including the renowned Texas Rangers—killed Mexican residents with impunity. The full extent of the violence was known only to the relatives of the victims. Monica Muñoz Martinez turns to the keepers of this history to tell this riveting and disturbing untold story.

Operating in remote rural areas enabled the perpetrators to do their worst: hanging, shooting, burning, and beating victims to death without scrutiny. Families scoured the brush to retrieve the bodies of loved ones. Survivors suffered segregation and fierce intimidation, and yet fought back. They confronted assailants in court, worked with Mexican diplomats to investigate the crimes, pressured local police to arrest the perpetrators, spoke to journalists, and petitioned politicians for change.

Martinez reconstructs this history from institutional and private archives and oral histories, to show how the horror of anti-Mexican violence lingered within communities for generations, compounding injustice by inflicting further pain and loss. Yet its memorialization provided victims with an important means of redress, undermining official narratives that sought to whitewash these atrocities. The Injustice Never Leaves You offers an invaluable account of why these incidents happened, what they meant at the time, and how a determined community ensured that the victims were not forgotten.