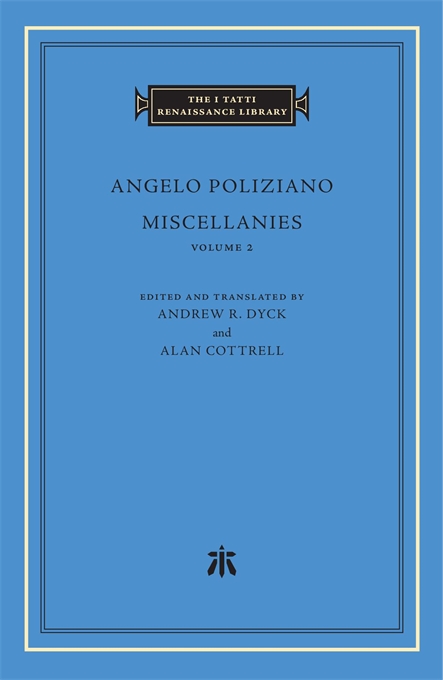 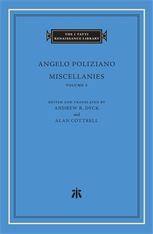 The I Tatti Renaissance Library 90

The I Tatti Renaissance Library > Miscellanies

Angelo Poliziano (1454–1494) was one of the great scholar-poets of the Italian Renaissance and the leading literary figure of Florence in the age of Lorenzo de’ Medici, “il Magnifico.” The poet’s Miscellanies, including a “first century” published in 1489 and a “second century” unfinished at his death, constitute the most innovative contribution to classical philology of the Renaissance. Each chapter is a mini-essay on some lexical or textual problem which Poliziano, drawing on the riches of the Medici Library and Lorenzo’s collection of antiquities, solves with his characteristic mixture of deep learning, analytic skill, and brash criticism of his predecessors.

Volume 1 presents a new Latin edition of The First Century of the Miscellanies, and these volumes together present the first translation of both collections into any modern language.