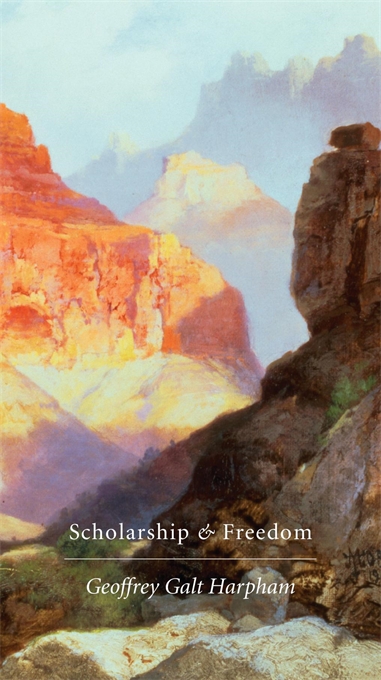 A powerful and original argument that the practice of scholarship is grounded in the concept of radical freedom, beginning with the freedoms of inquiry, thought, and expression.

Why are scholars and scholarship invariably distrusted and attacked by authoritarian regimes? Geoffrey Galt Harpham argues that at its core, scholarship is informed by an emancipatory agenda based on a permanent openness to the new, an unlimited responsiveness to evidence, and a commitment to conversion. At the same time, however, scholarship involves its own forms of authority. As a worldly practice, it is a struggle for dominance without end as scholars try to disprove the claims of others, establish new versions of the truth, and seek disciples.

Scholarship and Freedom threads its general arguments through examinations of the careers of three scholars: W. E. B. Du Bois, who serves as an example of scholarly character formation; South African Bernard Lategan, whose New Testament studies became entangled on both sides of his country’s battles over apartheid; and Linda Nochlin, whose essay “Why Have There Been No Great Women Artists?” virtually created the field of feminist art history.