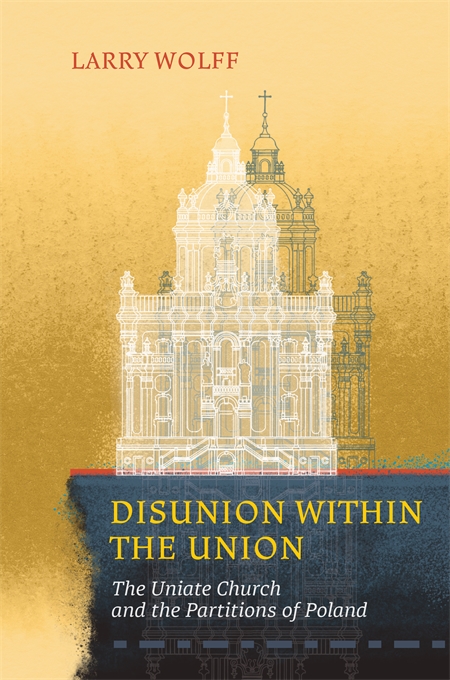 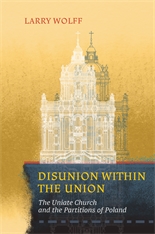 Disunion within the Union

The Uniate Church and the Partitions of Poland

Between 1772 and 1795, Russia, Prussia, and Austria concluded agreements to annex and eradicate the Commonwealth of Poland-Lithuania. With the partitioning of Poland, the dioceses of the Uniate Church (later known as the Greek Catholic Church) were fractured by the borders of three regional hegemons.

Larry Wolff’s deeply engaging account of these events delves into the politics of the Episcopal elite, the Vatican, and the three rulers behind the partitions: Catherine II of Russia, Frederick II of Prussia, and Joseph II of Austria. Wolff uses correspondence with bishops in the Uniate Church and ministerial communiqués to reveal the nature of state policy as it unfolded.

Disunion within the Union adopts methodologies from the history of popular culture pioneered by Natalie Zemon Davis (The Return of Martin Guerre) and Carlo Ginzburg (The Cheese and the Worms) to explore religious experience on a popular level, especially questions of confessional identity and practices of piety. This detailed study of the responses of common Uniate parishioners, as well as of their bishops and hierarchs, to the pressure of the partitions paints a vivid portrait of conflict, accommodation, and survival in a church subject to the grand designs of the late eighteenth century’s premier absolutist powers.