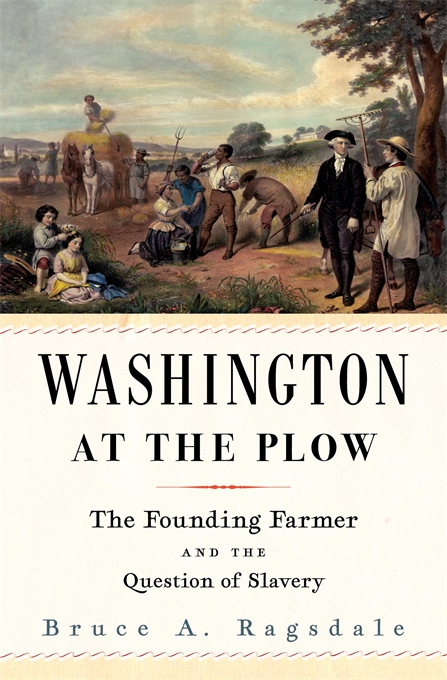 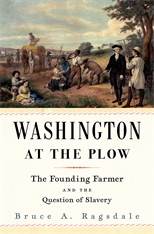 Washington at the Plow

The Founding Farmer and the Question of Slavery

“Delightfully instructive… In this reliable and thorough rendering of ‘the most celebrated farmer of the age,’ Ragsdale undeniably casts new light on Washington on the question of slavery. By bringing to life Washington’s farming world, he does more than that. Washington at the Plow reminds us of the importance of agriculture and its enlightened improvement to America’s founding. In doing so, it illuminates much for early-American specialists and general readers alike.”—Mark G. Spencer, Washington Post

“George Washington is typically known as the first U.S. president and a general. But for most of his life he was a farmer, and the implications of this agrarian background are, Ragsdale argues, far-reaching. Washington’s understanding of nation-building was inextricably linked to the concept of land cultivation, and his attempt to modernize farming techniques led him to reconsider, and ultimately reject, slave labor.”—Bloomberg

“Washington played a cautious, often contradictory role with respect to slavery. Why he did so is the subject of [this] timely new book… A portrait of Washington deeply rooted in the culture and politics of his era.”—Nicolaus Mills, Daily Beast

“A fascinating and richly informative portrait of George Washington focused on how ‘agricultural improvement and the work of nation building were firmly joined in [his] mind.’… Ragsdale’s lucid explanations of agricultural and financial matters and excellent usage of underexamined primary sources make this a must-read for fans of early American history.”—Publishers Weekly (starred review)

“A landmark work that both deepens and complicates our understanding of George Washington. Ragsdale’s focus on farming—the subject the general and president cared most about—casts new light on nearly every other aspect of his life, not least the vexed issue of slavery. This fascinating book has done more to change my views on Washington than anything I have read in a long time.”—François Furstenberg, author of In the Name of the Father: Washington’s Legacy, Slavery, and the Making of a Nation

“Ragsdale depicts a wealthy white man in a slave society aspiring to be an enlightened farmer and a republican icon. Washington at the Plow is detailed, discerning, judicious.”—Richard Brookhiser, author of Founding Father: Rediscovering George Washington

“This absorbing study of Washington as citizen farmer makes for compelling reading. Ragsdale is an authoritative guide to the famed Virginian’s embrace of agricultural innovations, then being pioneered in Britain, and to his attempts to make the enslaved workforce at Mount Vernon more productive, leading to his subsequent disillusionment with forced labor. He sheds new light on the African American communities on the Washington farms and the former president’s decision to emancipate his slaves after his death.”—Flora Fraser, author of The Washingtons

“An excellent book, clearly written and argued. What is most impressive is how far-reaching it is: Ragsdale helps us realize that agriculture tells us so much about Washington’s thought and character, from his plans for the political economy of the new nation to his view of slavery. Washington tried every device he could to make slavery work before eventually deciding the slave system was hopelessly flawed and must be abandoned. Better than anyone, Ragsdale explains Washington’s complicated decision to free his slaves in his will.”—Richard L. Bushman, author of The American Farmer in the Eighteenth Century