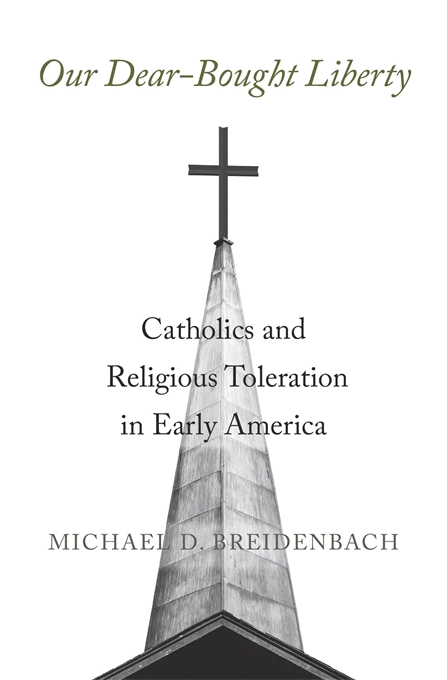 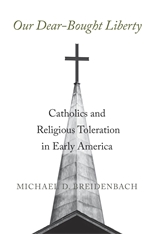 How early American Catholics justified secularism and overcame suspicions of disloyalty, transforming ideas of religious liberty in the process.

In colonial America, Catholics were presumed dangerous until proven loyal. Yet Catholics went on to sign the Declaration of Independence and helped to finalize the First Amendment to the Constitution. What explains this remarkable transformation? Michael Breidenbach shows how Catholic leaders emphasized their church’s own traditions—rather than Enlightenment liberalism—to secure the religious liberty that enabled their incorporation in American life.

Catholics responded to charges of disloyalty by denying papal infallibility and the pope’s authority to intervene in civil affairs. Rome staunchly rejected such dissent, but reform-minded Catholics justified their stance by looking to conciliarism, an intellectual tradition rooted in medieval Catholic thought yet compatible with a republican view of temporal independence and church–state separation. Drawing on new archival material, Breidenbach finds that early American Catholic leaders, including Maryland founder Cecil Calvert and members of the prominent Carroll family, relied on the conciliarist tradition to help institute religious toleration, including the Maryland Toleration Act of 1649.

The critical role of Catholics in establishing American church–state separation enjoins us to revise not only our sense of who the American founders were, but also our understanding of the sources of secularism. Church–state separation in America, generally understood as the product of a Protestant-driven Enlightenment, was in key respects derived from Catholic thinking. Our Dear-Bought Liberty therefore offers a dramatic departure from received wisdom, suggesting that religious liberty in America was not bestowed by liberal consensus but partly defined through the ingenuity of a persecuted minority.