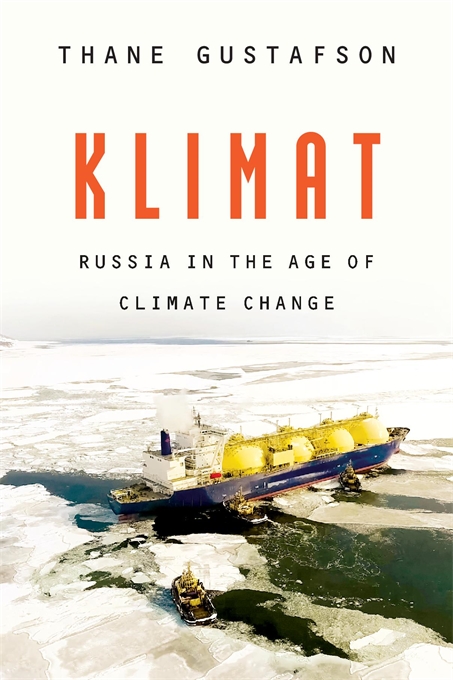 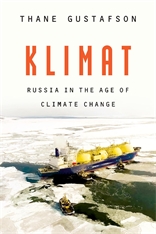 Russia in the Age of Climate Change

“With its focus on the future of Russia’s energy, grain, and metals markets, all of which have been reconfigured by the war and the new sanctions, Klimat could hardly be more timely… Gustafson [argues], with a dry but persuasive marshaling of facts, that in the redistribution of wealth and power that will result from climate change, Russia is doomed. After reading Klimat, Russia’s attack on Ukraine begins to look like the convulsion of a dying state.”—Sophie Pinkham, New York Review of Books

“Russia has less than a decade left to profit on the export of its coal and oil. After that, customers will no longer be buying… The war in Ukraine, arguably a large-scale climate war, points to the immediacy of climate change and its power to uproot, inflame, explode and violently reorganize human life on this planet.”—Kate Brown, Washington Post

“A lucid guide to the state of Russian energy production in the present, offering an invaluable tour through the country’s economy, sector by sector, as it relates to climate change, while providing a clear-eyed prognosis for the thirty years to come, from the likely fates of metal mining and nuclear power to that of a thawing Arctic… If mining dirty coal in Shakhtyorsky was subsidized by the Soviet state, mining any coal in the twenty-first century is subsidized by future climate-driven crises. Thane Gustafson helps us think through the consequences.”—Bathsheba Demuth, Times Literary Supplement

“Thane Gustafson has published two seminal works on Russia’s oil and gas industry in the past decade. His latest, Klimat, addresses its byproduct, climate change… Extreme weather events, including severe droughts and wildfires, are now much more frequent than when Putin ascended to power. Yet Russia’s economy, and Putin’s own power, are tied overwhelmingly to the prodigious production and export of fossil fuels.”—Liam Denning, Bloomberg

“Although much has changed since the invasion of Ukraine, the effects of the war so far on Russia’s main exports—short-term gain, long-term disadvantage—align with [Gustafson’s] arguments about the consequences of climate change for Russia… He considers probable trends in planetary emissions and progress towards greener energy over the next thirty years. But he sees little room for maneuver where Russia is concerned.”—Tony Wood, London Review of Books

“Gustafson offers a thorough, measured, and easy-to-digest analysis exploring how Russia may fare in the increasingly warming planet of the coming decades.”—Samantha Berkhead, Moscow Times

“Illuminating… It is deeply insightful about Russia’s energy politics—a topic which is largely ignored except when it is contentious e.g. Europe’s energy politics in a time of crisis. Gustafson breaks down Russia’s energy economy in exceptional detail and looks at how the age of climate change will affect Russia as a whole.”—Joshua Huminski, Diplomatic Courier

“In his lively, informative, and extremely timely analysis of climate change and its effects on Russia, [Gustafson] stresses repeatedly that while being one of the main culprits responsible for global climate change, the country is also destined to eventually become one of its main victims.”—Vitali Vitaliev, E&T

“An essential read. Professor Gustafson has published extensively on Russia’s political economy, and Klimat represents the latest piece of the puzzle in aiding our understanding of contemporary Russia… Gustafson reminds us that climate change will impact the global redistribution of wealth and power, and he argues that Russia is more likely to find itself in the losing camp.”—Marianna Poberezhskaya, Environmental Politics

“Thoroughly researched… It speculates on what might become of Russia’s finances as demand for its all-important energy exports falls.”—William Powell, Natural Gas World

“This is not an optimistic book… Russia is between a rock and a hard place, like much of the rest of the world perhaps, but Russia has less policy scope than the US, say, to cope and mitigate the environmental and economic effects of climate change.”—Peter Gordon, Asian Review of Books

“Lucid and thought-provoking, Klimat shows how climate change is poised to alter the global order, potentially toppling even great powers from their perches.”—Pushkin House

“An essential book for our moment, one that situates the Russian government’s approach to climate change and its energy strategy in the context of the rapidly shifting dynamics of global energy markets, all with an eye toward the COVID pandemic… Those who study Russian climate policy will benefit from this broader context, and those who focus on global climate negotiations will see how Russia’s multifaceted interests are less related to concern for climate change and more to the desire to avoid destabilizing the status quo.”—Laura A. Henry, Russian Review

“Russia, as Thane Gustafson shows in this comprehensive, highly readable volume, will be affected by climate change more than most countries… [He] concludes that climate-related changes outside Russia will affect the country more seriously than any direct, internal impacts, at least until 2050.”—Angela Stent, Survival: Global Politics and Strategy

“A sobering assessment of the impact of climate change on Russia’s standing as a great power from one of the most acute observers of environmental and energy issues. Highly recommended.”—Francis Fukuyama, author of Identity: The Demand for Dignity and the Politics of Resentment

“Facing increasing global pressure, Russian decision makers are being forced to think about the new reality of decarbonization. This book provides excellent insights into the story behind a resource-rich but climate-damaging economy, and explores a key question for the future: What alternative exports can Russia offer?”—Tatiana Mitrova, Research Director of the Energy Center, Moscow School of Management SKOLKOVO

“The first full-length exploration of Russia as both a prime source and a victim of climate change. Anyone interested in environmental issues or in Russia’s future should read this data-rich and gracefully written book.”—Timothy J. Colton, author of Yeltsin: A Life