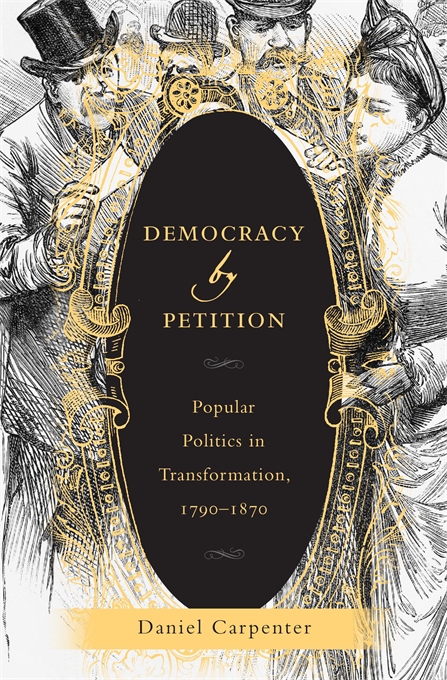 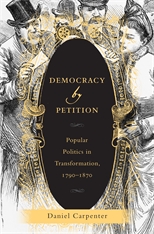 This pioneering work of political history recovers the central and largely forgotten role that petitioning played in the formative years of North American democracy.

Known as the age of democracy, the nineteenth century witnessed the extension of the franchise and the rise of party politics. As Daniel Carpenter shows, however, democracy in America emerged not merely through elections and parties, but through the transformation of an ancient political tool: the petition. A statement of grievance accompanied by a list of signatures, the petition afforded women and men excluded from formal politics the chance to make their voices heard and to reshape the landscape of political possibility.

Democracy by Petition traces the explosion and expansion of petitioning across the North American continent. Indigenous tribes in Canada, free Blacks from Boston to the British West Indies, Irish canal workers in Indiana, and Hispanic settlers in territorial New Mexico all used petitions to make claims on those in power. Petitions facilitated the extension of suffrage, the decline of feudal land tenure, and advances in liberty for women, African Americans, and Indigenous peoples. Even where petitioners failed in their immediate aims, their campaigns advanced democracy by setting agendas, recruiting people into political causes, and fostering aspirations of equality. Far more than periodic elections, petitions provided an everyday current of communication between officeholders and the people.

The coming of democracy in America owes much to the unprecedented energy with which the petition was employed in the antebellum period. By uncovering this neglected yet vital strand of nineteenth-century life, Democracy by Petition will forever change how we understand our political history.