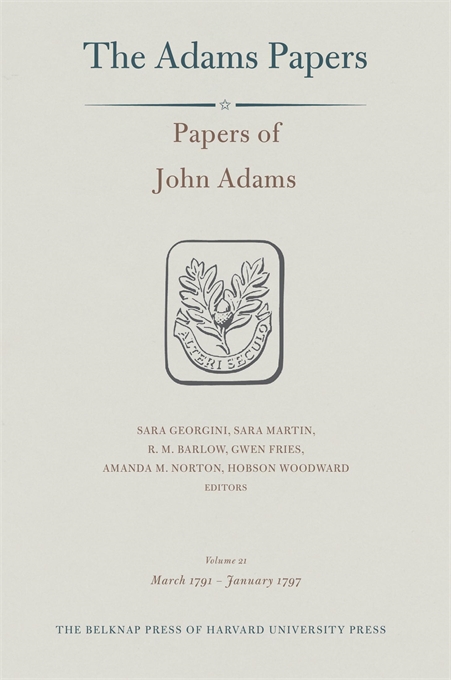 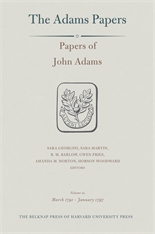 Vice President John Adams and the United States government face a turbulent world of rebellion in this volume of the Papers of John Adams, which chronicles the period from March 1791 to January 1797.

The grim shadow of the French Revolution and the whirlwind of a massive European war left political leaders like Adams struggling to uphold the young nation’s neutrality. “I Suffer inexpressible Pains, from the bloody feats of War and Still more from those of Party Passions,” he observed. With the federal system newly in place, fresh challenges crept in on all sides. Adams and his colleagues sought to bolster the government against the effects of the Whiskey Rebellion, a seething partisan press, a brutal yellow fever epidemic in Philadelphia, and violent clashes with Native peoples on the Ohio frontier. Working with George Washington and an increasingly fractious cabinet, Adams approached a set of issues that defined U.S. foreign policy for decades to come, including the negotiation, ratification, and funding of the controversial Jay Treaty, as well as the awkward cultivation of ties with France. Revealing exchanges to Adams from son John Quincy, a junior statesman who sent rich reports from war-torn Europe, underline the family’s enduring commitment to public service.

Pausing on the cusp of his presidency, John Adams amplified his lifelong dedication to sustaining democracy, amid bouts of internal and external crisis: “I am happy that it has fallen to my share to do some thing towards setting the Machine in motion,” he wrote.