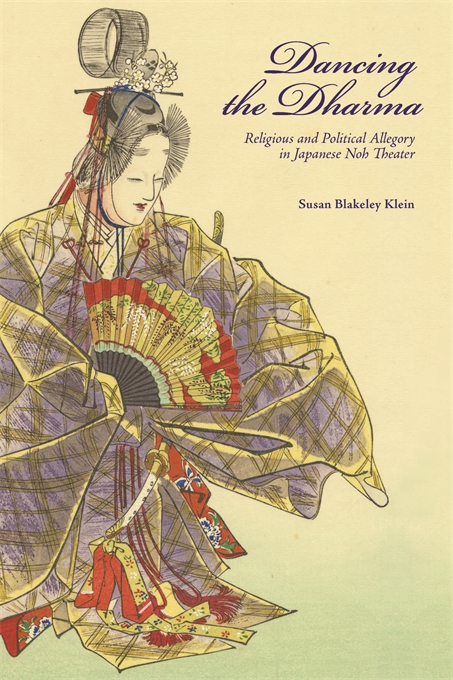 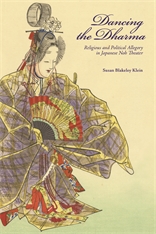 Dancing the Dharma examines the theory and practice of allegory by exploring a select group of medieval Japanese noh plays and treatises. Susan Blakeley Klein demonstrates how medieval esoteric commentaries on the tenth-century poem-tale Ise monogatari (Tales of Ise) and the first imperial waka poetry anthology Kokin wakashū influenced the plots, characters, imagery, and rhetorical structure of seven plays (Maiguruma, Kuzu no hakama, Unrin’in, Oshio, Kakitsubata, Ominameshi, and Haku Rakuten) and two treatises (Zeami’s Rikugi and Zenchiku’s Meishukushū). In so doing, she shows that it was precisely the allegorical mode—vital to medieval Japanese culture as a whole—that enabled the complex layering of character and poetic landscape we typically associate with noh. Klein argues that understanding noh’s allegorical structure and paying attention to the localized historical context for individual plays are key to recovering their original function as political and religious allegories. Now viewed in the context of contemporaneous beliefs and practices of the medieval period, noh plays take on a greater range and depth of meaning and offer new insights to readers today into medieval Japan.