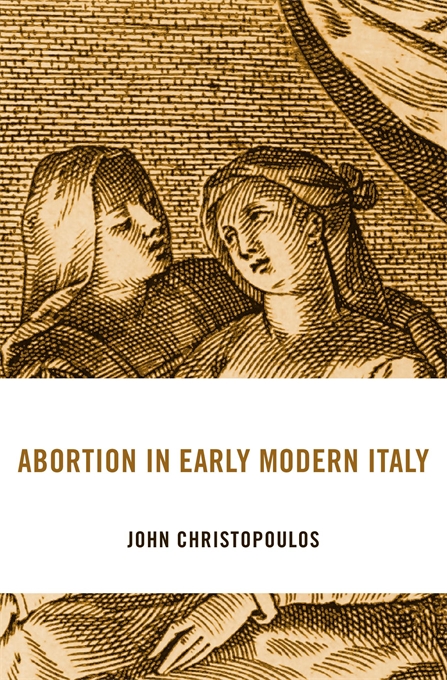 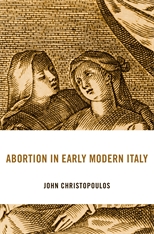 A comprehensive history of abortion in Renaissance Italy.

In this authoritative history, John Christopoulos provides a provocative and far-reaching account of abortion in sixteenth- and seventeenth-century Italy. His poignant portraits of women who terminated or were forced to terminate pregnancies offer a corrective to longstanding views: he finds that Italians maintained a fundamental ambivalence about abortion. Italians from all levels of society sought, had, and participated in abortions. Early modern Italy was not an absolute anti-abortion culture, an exemplary Catholic society centered on the “traditional family.” Rather, Christopoulos shows, Italians held many views on abortion, and their responses to its practice varied.

Bringing together medical, religious, and legal perspectives alongside a social and cultural history of sexuality, reproduction, and the family, Christopoulos offers a nuanced and convincing account of the meanings Italians ascribed to abortion and shows how prevailing ideas about the practice were spread, modified, and challenged. Christopoulos begins by introducing readers to prevailing ideas about abortion and women’s bodies, describing the widely available purgative medicines and surgeries that various healers and women themselves employed to terminate pregnancies. He then explores how these ideas and practices ran up against and shaped theology, medicine, and law. Catholic understanding of abortion was changing amid religious, legal, and scientific debates concerning the nature of human life, women’s bodies, and sexual politics. Christopoulos examines how ecclesiastical, secular, and medical authorities sought to regulate abortion, and how tribunals investigated and punished its procurers—or did not, even when they could have. Abortion in Early Modern Italy offers a compelling and sensitive study of abortion in a time of dramatic religious, scientific, and social change.