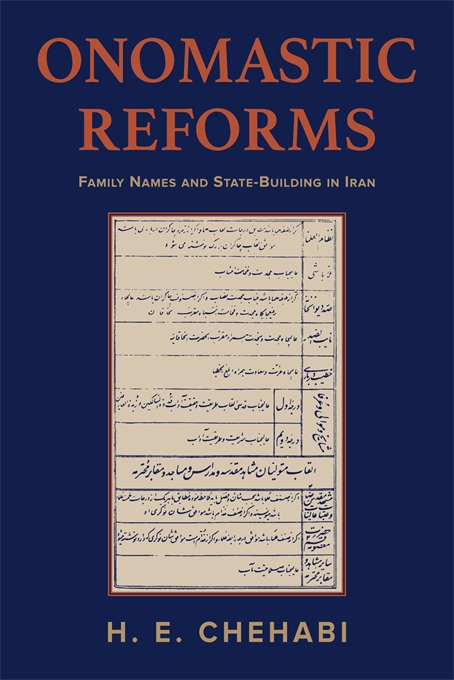 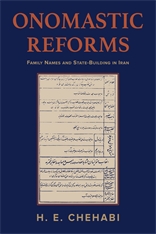 In the mid-1920s, the Iranian state legislated a wide-ranging reform of the citizenry’s naming practices. Honorary titles and honorifics were abolished, family names were made obligatory, and an office for registering names and citizens’ life events (birth, marriage, divorce, and death) was established. The main motivation for this onomastic reform was conscription, which necessitated knowledge of young men’s ages, identities, and whereabouts. The introduction of conscription was itself part of the state-building efforts that followed the weakening of the central government induced by the First World War.

In Onomastic Reforms, H. E. Chehabi explains the traditional naming practices of Iranians before the reform, describes the public debates surrounding their obsolescence, traces the legislative measures and decrees that constituted the reform, and explores the ways Iranians chose or invented surnames for themselves.