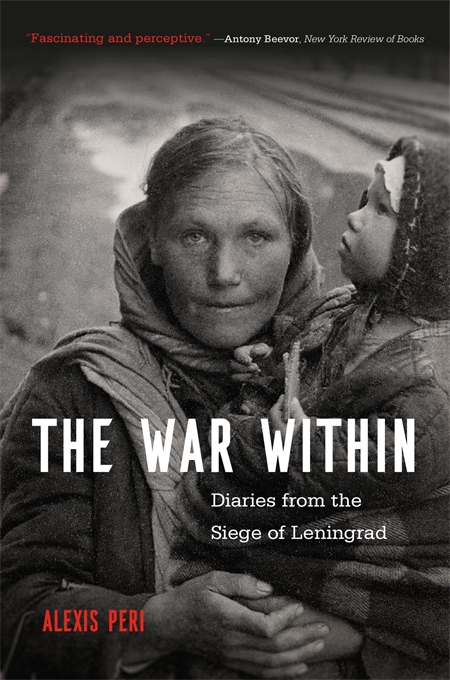 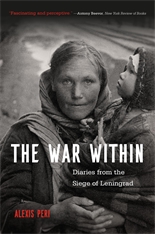 “Synthesize[s] dozens of accounts to powerful and illuminating effect… A fascinating, insightful, and nuanced work that incorporates much fresh research. Particularly rewarding is the close attention Peri pays to language.”—Anna Reid, The Times Literary Supplement

“[A] fascinating and perceptive book.”—Antony Beevor, The New York Review of Books

“A remarkable record of 125 unpublished diaries written by the blokadniki who endured the 872-day siege of Leningrad from 1941–44… Much has been written about Leningrad’s heroic resistance. But the remarkable aspect of the Boston University professor’s book is that she tells a very different story: recounting the internal struggles of ordinary people desperately trying to survive and make sense of their fate.”—John Thornhill, Financial Times

“Stand aside, Homer. I doubt whether even the author of the Iliad could have matched Alexis Peri’s account of the 872-day siege which Leningrad endured after Hitler’s army encircled the city in September 1941… [A] magnificent narrative.”—Jonathan Mirsky, The Spectator

“The battle for Leningrad lasted 1,127 days; the city was under siege for 900 of them. Between 1.6 million and two million Soviet citizens died, 800,000 of them civilians—40 percent of the city’s prewar population. (As Peri points out, the overall death toll approximates the total number of members of the U.S. military who died in war between 1776 and 1975.) Leningrad residents of all types—from factory foremen to teachers, party workers to professional writers—kept diaries during the ordeal. Peri searches through 125 of them to capture how the nightmare deconstructed the writers’ prior realities and altered their sense of humanity. Her portrait is a sensitive, at times almost poetic examination of their emotions and disordered mental states. It both contrasts with and complements the equally accurate official Soviet portrait of a stalwart population standing firm in the face of evil and in defense of Soviet ideals. Peri makes plain that even though the diarists endured the total transformation of their fundamental sense of reality, their social relationships, and the nature of their social order, most of them did not become alienated from the values and basic outlook of the Soviet system.”—Robert Legvold, Foreign Affairs

“A powerful book… In a groundbreaking history, Alexis Peri has sifted through scores of previously unpublished diaries that have lain largely forgotten for decades in Russian archives. As a result, we now have a far fuller picture of the siege. It may make disturbing reading, but these journals personalize the catastrophe far better than any conventional history.”—Guy Walters, The Daily Mail

“[An] important new book… Peri’s book is not a tale; it is arranged thematically rather than chronologically, and it does not reprint any diary in full. But oh, these voices from a frozen world of starvation and fear! They will haunt you. It is time they were heard.”—Laurie Hertzel, The Star Tribune [Minneapolis, MN]

“In devastating intimacy, the diaries [written during the siege of Leningrad] disclose the private struggles of individuals to extract meaning from unimaginably dire circumstances, as well as the philosophical and psychological approaches they brought to bear on their suddenly unrecognizable lives and their own disappearing bodies… This is a People’s History of the siege, realized at last, and as such should be added to the short list of essential reading on the subject.”—Debra Dean, Washington Independent Review of Books

“In this fascinating analysis of the experience of average Soviet citizens during the Siege of Leningrad, Peri investigates the everyday experiences of the blokadniki, those who survived for over 900 days during the German blockade of the city during WW II. Using 125 unpublished diaries, [Peri] provides a unique perspective on those who lived inside the ‘ring’ created by the German siege.”—R. W. Lemmons, Choice

“From 1941 until 1944, the city of Leningrad was under siege from Germany and Finland for a total of 872 days; almost one million citizens perished during that time. Peri takes readers on a terrifying journey of the turmoil faced by the residents of Leningrad via reviewing and synthesizing 125 unpublished diaries from those imprisoned in the city, the Blokadnik or Siege of Leningrad survivors… Readers interested in the effects of a military siege on individuals will find much to digest here. Moreover, history buffs will learn new information about the people of Leningrad during this terrible time.”—Jason L. Steagall, Library Journal

“Vivid, true, and magnificently crafted. Peri has peeled away layer after layer of the human record to its core—physical, mental, spiritual.”—Nina Tumarkin, author of Lenin Lives!

“By mining an extraordinarily rich treasure trove of unpublished diaries, Peri moves beyond relating what happened during the blockade and instead explains how Leningraders made sense of it. Sophisticated, nuanced, and extremely well written, The War Within is a major contribution to our understanding of the mentality of Leningrad’s civilians during the blockade and the role that diaries played in Soviet history.”—Richard Bidlack, coauthor of The Leningrad Blockade, 1941–1944: A New Documentary History from the Soviet Archives

“Diaries from the Stalin era tend to be analyzed in numbers too small to provide more than a glimpse of everyday life. Here, however, Peri has assembled over a hundred of these rare records, which allows for unprecedented insight into the trials and tribulations that ordinary people experienced during one of their greatest ordeals: the 900-day siege of Leningrad. This is a truly groundbreaking study.”—David Brandenberger, author of Propaganda State in Crisis: Soviet Ideology, Indoctrination, and Terror under Stalin, 1927–1941

“In the winter of 1941–1942, civilians in blockaded Leningrad lived on the very edge of death. Conveying their life stories and struggles with great sensitivity, Peri draws on more than a hundred largely unpublished diaries to explore how the external crisis provoked an internal crisis that destabilized Leningraders’ fundamental understandings of themselves, the Soviet Union, and the world.”—Lisa A. Kirschenbaum, author of The Legacy of the Siege of Leningrad, 1941–1995: Myth, Memories, and Monuments