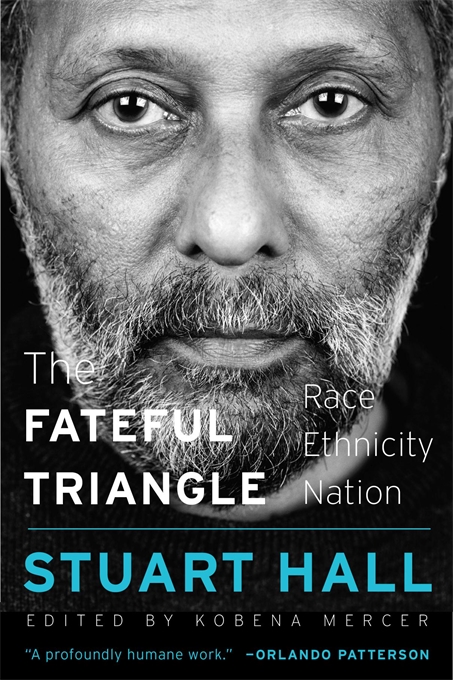 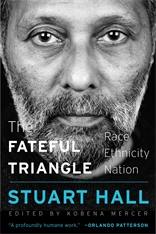 “Given the current political conditions, these lectures on race, ethnicity, and nation, delivered by Stuart Hall almost a quarter of a century ago, may be even more timely today.”—Angela Y. Davis

In The Fateful Triangle—drawn from lectures delivered at Harvard University in 1994—one of the founding figures of cultural studies reflects on the divisive, often deadly consequences of our contemporary politics of identification. As he untangles the power relations that permeate categories of race, ethnicity, and nationhood, Stuart Hall shows how old hierarchies of human identity in Western culture were forcefully broken apart when oppressed groups introduced new meanings to the representation of difference.

From the Renaissance to the Enlightenment, the concept of race stressed distinctions of color as fixed and unchangeable. But for Hall, twentieth-century redefinitions of blackness reveal how identities and attitudes can be transformed through the medium of language itself. Like the “badge of color” W. E. B. Du Bois evoked in the anticolonial era, “black” became a sign of solidarity for Caribbean and South Asian migrants who fought discrimination in 1980s Britain. Hall sees such manifestations of “new ethnicities” as grounds for optimism in the face of worldwide fundamentalisms that respond with fear to social change.

Migration was at the heart of Hall’s diagnosis of the global predicaments taking shape around him. Explaining more than two decades ago why migrants are the target of new nationalisms, Hall’s prescient vision helps us to understand today’s crisis of liberal democracy. As he challenges us to find sustainable ways of living with difference, Hall gives us the concept of diaspora as a metaphor with which to enact fresh possibilities for redefining nation, race, and identity in the twenty-first century.