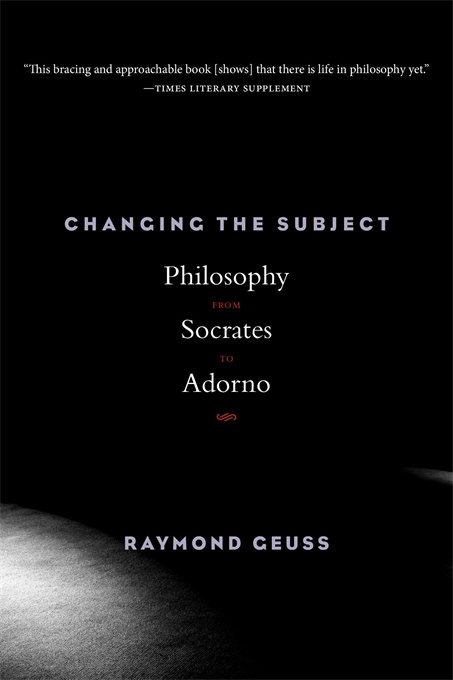 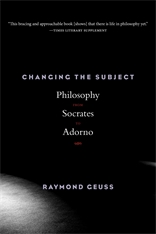 Philosophy from Socrates to Adorno

Ask a question and it is reasonable to expect an answer or a confession of ignorance. But a philosopher may defy expectations. Confronted by a standard question arising from a normal way of viewing the world, a philosopher may reply that the question is misguided, that to continue asking it is, at the extreme, to get trapped in a delusive hall of mirrors. According to Raymond Geuss, this attempt to bypass or undercut conventional ways of thinking, to escape from the hall of mirrors, represents philosophy at its best and most characteristic.

To illustrate, Geuss explores the ideas of twelve philosophers who broke dramatically with prevailing wisdom, from Socrates and Plato in the ancient world to Wittgenstein and Adorno in our own. The result is a striking account of some of the most innovative and important philosophers in Western history and an indirect manifesto for how to pursue philosophy today. Geuss cautions that philosophers’ attempts to break from convention do not necessarily make the world a better place. Montaigne’s ideas may have been benign, but the fate of the views developed by, for instance, Augustine, Hobbes, and Nietzsche has been more varied. But in the act of provoking people to think differently, philosophers make clear that we are not fated to live within the often stifling systems of thought that we inherit. We can change the subject.

A work of exceptional range, power, and originality, Changing the Subject manifests the precise virtues of philosophy that it identifies and defends.