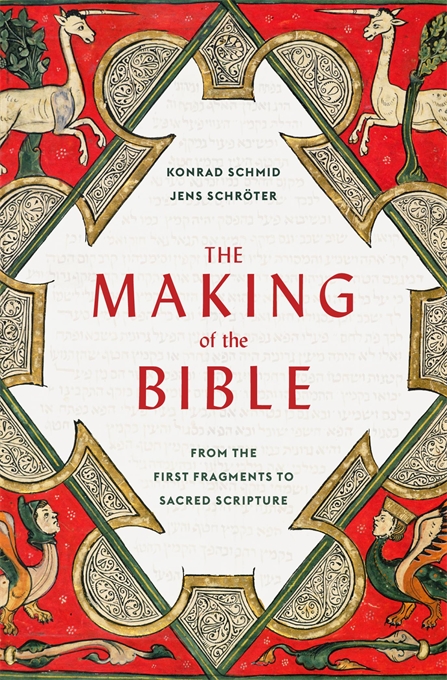 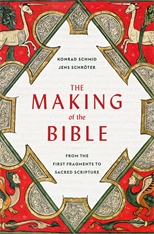 The Making of the Bible

From the First Fragments to Sacred Scripture

“The Making of the Bible is invaluable for anyone interested in Scripture and in the intertwined histories of Judaism and Christianity.”—John Barton, author of A History of the Bible: The Book and Its Faiths

The authoritative new account of the Bible’s origins, illuminating the 1,600-year tradition that shaped the Christian and Jewish holy books as millions know them today.

The Bible as we know it today is best understood as a process, one that begins in the tenth century BCE. In this revelatory account, a world-renowned scholar of Hebrew scripture joins a foremost authority on the New Testament to write a new biography of the Book of Books, reconstructing Jewish and Christian scriptural histories, as well as the underappreciated contest between them, from which the Bible arose.

Recent scholarship has overturned popular assumptions about Israel’s past, suggesting, for instance, that the five books of the Torah were written not by Moses but during the reign of Josiah centuries later. The sources of the Gospels are also under scrutiny. Konrad Schmid and Jens Schröter reveal the long, transformative journeys of these and other texts en route to inclusion in the holy books. The New Testament, the authors show, did not develop in the wake of an Old Testament set in stone. Rather the two evolved in parallel, in conversation with each other, ensuring a continuing mutual influence of Jewish and Christian traditions. Indeed, Schmid and Schröter argue that Judaism might not have survived had it not been reshaped in competition with early Christianity.

A remarkable synthesis of the latest Old and New Testament scholarship, The Making of the Bible is the most comprehensive history yet told of the world’s best-known literature, revealing its buried lessons and secrets.