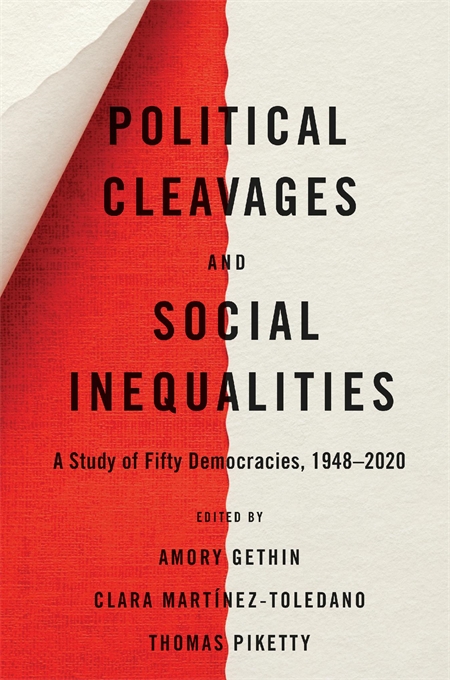 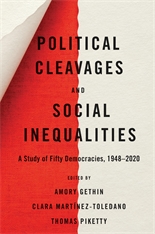 The empirical starting point for anyone who wants to understand political cleavages in the democratic world, based on a unique dataset covering fifty countries since World War II.

Who votes for whom and why? Why has growing inequality in many parts of the world not led to renewed class-based conflicts, seeming instead to have come with the emergence of new divides over identity and integration? News analysts, scholars, and citizens interested in exploring those questions inevitably lack relevant data, in particular the kinds of data that establish historical and international context. Political Cleavages and Social Inequalities provides the missing empirical background, collecting and examining a treasure trove of information on the dynamics of polarization in modern democracies.

The chapters draw on a unique set of surveys conducted between 1948 and 2020 in fifty countries on five continents, analyzing the links between voters’ political preferences and socioeconomic characteristics, such as income, education, wealth, occupation, religion, ethnicity, age, and gender. This analysis sheds new light on how political movements succeed in coalescing multiple interests and identities in contemporary democracies. It also helps us understand the conditions under which conflicts over inequality become politically salient, as well as the similarities and constraints of voters supporting ethnonationalist politicians like Narendra Modi, Jair Bolsonaro, Marine Le Pen, and Donald Trump.

Bringing together cutting-edge data and historical analysis, editors Amory Gethin, Clara Martínez-Toledano, and Thomas Piketty offer a vital resource for understanding the voting patterns of the present and the likely sources of future political conflict.