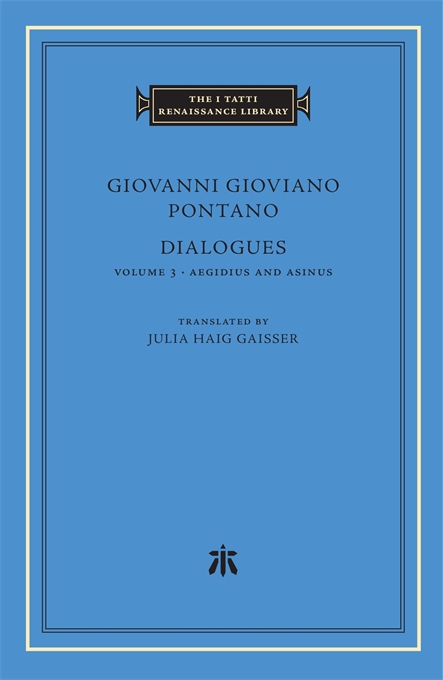 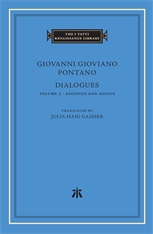 The I Tatti Renaissance Library 92

Villa I Tatti > The I Tatti Renaissance Library > Dialogues

Giovanni Gioviano Pontano (1429–1503) served five kings of Naples as a courtier, official, and diplomat, and earned even greater fame as a scholar, prose author, and poet. His Dialogues reflect his diverse interests in religion, philosophy, and literature, as well as in everyday life in fifteenth-century Naples. They are especially important for their vivid picture of the contemporary gatherings of Pontano and his friends in the humanist academy over which he presided from around 1471 until shortly before his death.

This volume completes the I Tatti edition of Pontano’s five surviving dialogues and features both Aegidius and Asinus. The conversation in Aegidius, named for the Augustinian theologian Giles of Viterbo, ranges over various topics including creation, dreams, free will, the immortality of the soul, the relation between heaven and earth, language, astrology, and mysticism. The Asinus is less a dialogue than a fantastical autobiographical comedy in which Pontano himself is represented as having gone mad and fallen in love with an ass.

This is the first translation of these dialogues into English.