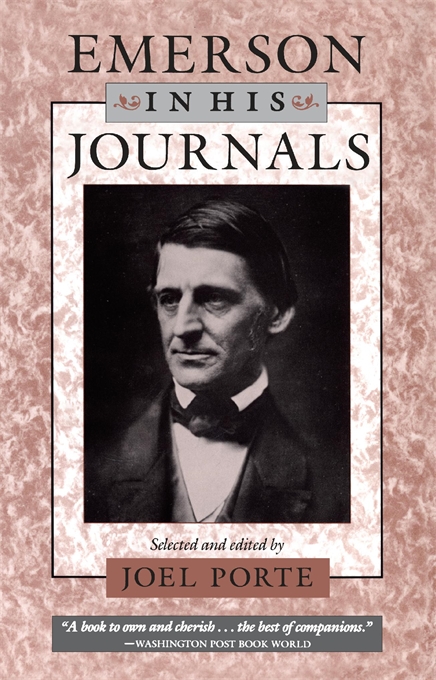 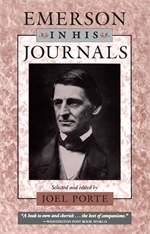 Emerson in His Journals

“It’s cause for celebration that a one-volume, thoroughly readable selection from this American classic, keenly alive to modern taste, makes its appearance. It is a volume that every serious reader or lover of American literature will want… Emerson in His Journals, a book to own and cherish, is the best of companions.”—Reid Beddow, The Washington Post Book World

“[The editor] has performed an invaluable service by condensing the Harvard edition of Emerson’s journals into a single volume… The man who appears in these pages is not just a sunny optimist, living serenely in rustic Concord, Mass. This Emerson also dwells in an age of cholera, slavery, and Civil War. Beyond his back pasture stands the town poor-house, where a madwoman screams night and day…his daily entries were wholly American: raw and unrefined, thoughts undulating with his own pace of action.”—William Howarth, The Philadelphia Inquirer

“For generations of readers [this] book will stand for ‘Emerson in his journals.’”—Richard Poirier, The New York Times Book Review

“The title of this book is exactly right, for Emerson revealed himself more spontaneously and unguardedly in his Journals than anywhere else. Joel Porte has done a superb job of selecting out of three million words the passages which are most valuable either as autobiography or as literary expression. [This book] will contribute mightily to the rediscovery of Emerson now taking place a century after his death.”—Gay Wilson Allen