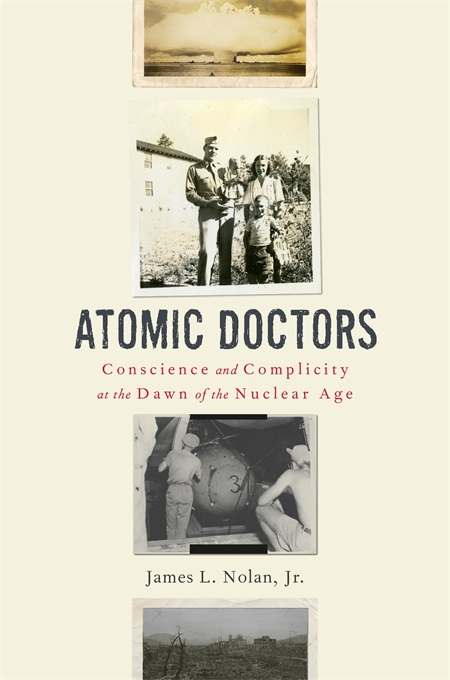 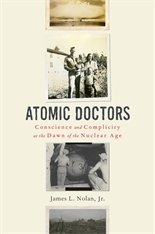 Conscience and Complicity at the Dawn of the Nuclear Age

On the podcast New Books in Medicine, listen to Dr. Jim Nolan discuss the moral dilemmas that ordinary people face in extraordinary times:

An unflinching examination of the moral and professional dilemmas faced by physicians who took part in the Manhattan Project.

After his father died, James L. Nolan, Jr., took possession of a box of private family materials. To his surprise, the small secret archive contained a treasure trove of information about his grandfather’s role as a doctor in the Manhattan Project. Dr. Nolan, it turned out, had been a significant figure. A talented ob-gyn radiologist, he cared for the scientists on the project, organized safety and evacuation plans for the Trinity test at Alamogordo, escorted the “Little Boy” bomb from Los Alamos to the Pacific Islands, and was one of the first Americans to enter the irradiated ruins of Hiroshima and Nagasaki.

Participation on the project challenged Dr. Nolan’s instincts as a healer. He and his medical colleagues were often conflicted, torn between their duty and desire to win the war and their oaths to protect life. Atomic Doctors follows these physicians as they sought to maximize the health and safety of those exposed to nuclear radiation, all the while serving leaders determined to minimize delays and maintain secrecy. Called upon both to guard against the harmful effects of radiation and to downplay its hazards, doctors struggled with the ethics of ending the deadliest of all wars using the most lethal of all weapons. Their work became a very human drama of ideals, co-optation, and complicity.

A vital and vivid account of a largely unknown chapter in atomic history, Atomic Doctors is a profound meditation on the moral dilemmas that ordinary people face in extraordinary times.