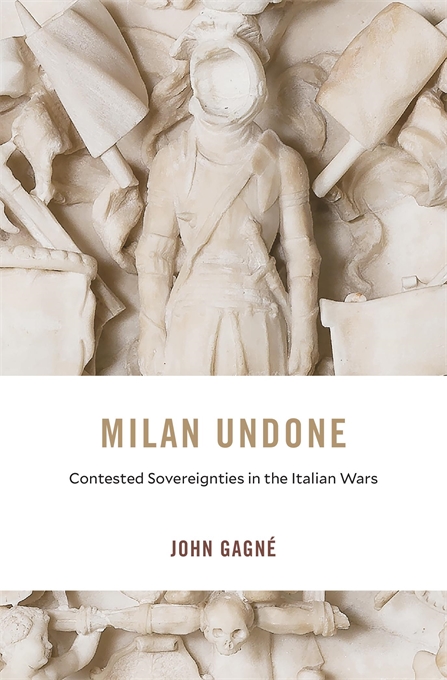 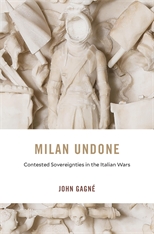 Contested Sovereignties in the Italian Wars

A new history of how one of the Renaissance’s preeminent cities lost its independence in the Italian Wars.

In 1499, the duchy of Milan had known independence for one hundred years. But the turn of the sixteenth century saw the city battered by the Italian Wars. As the major powers of Europe battled for supremacy, Milan, viewed by contemporaries as the “key to Italy,” found itself wracked by a tug-of-war between French claimants and its ruling Sforza family. In just thirty years, the city endured nine changes of government before falling under three centuries of Habsburg dominion.

John Gagné offers a new history of Milan’s demise as a sovereign state. His focus is not on the successive wars themselves but on the social disruption that resulted. Amid the political whiplash, the structures of not only government but also daily life broke down. The very meanings of time, space, and dynasty—and their importance to political authority—were rewritten. While the feudal relationships that formed the basis of property rights and the rule of law were shattered, refugees spread across the region. Exiles plotted to claw back what they had lost.

Milan Undone is a rich and detailed story of harrowing events, but it is more than that. Gagné asks us to rethink the political legacy of the Renaissance: the cradle of the modern nation-state was also the deathbed of one of its most sophisticated precursors. In its wake came a kind of reversion—not self-rule but chaos and empire.