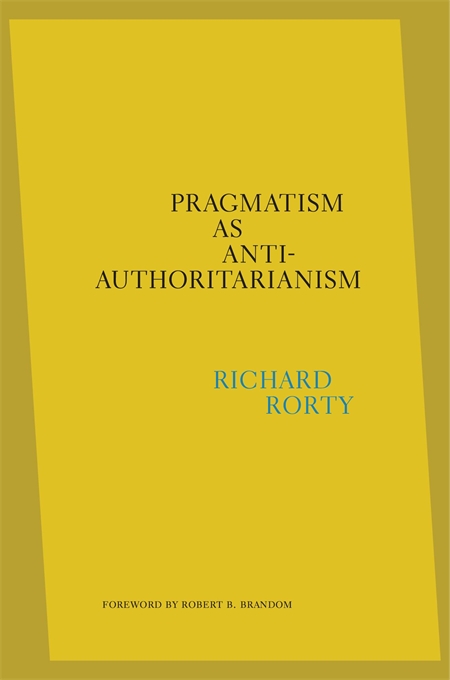 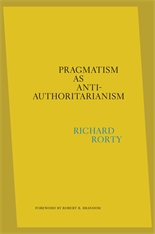 Foreword by Robert B. Brandom

“We have perhaps the clearest account of how he understood pragmatist thinking as a political undertaking… Provocative and engaging… The array of urgent questions and crises facing our democracy makes one miss Richard Rorty’s voice: insistent, relentlessly questioning, and dedicated to the proposition that we can’t afford to let our democracy fail.”—Chris Lehmann, New Republic

“The verve with which [the arguments] are made and their relevance to our current context make for a bracing read…The message of Rorty’s body of work, so well summarized in these newly published lectures, is that aiming at ‘increased responsiveness to the needs of a larger and larger variety of people and things’ will reduce the sources of suffering, and by so doing multiply our opportunities to thrive.”—Michael S. Roth, Los Angeles Review of Books

“Show[s] an impressive command of both analytic and continental philosophy.”—George Scialabba, Commonweal

“It is coherent, often brilliant, and it presents a clear and timely case for political pragmatism.”—Jonathan Rée, Prospect

“Today, there are few philosophers left whose thoughts are inspired by a unifying vision; there are even fewer who can articulate such a view in terms of a ravishing flow of provocative, but sharp and differentiated, arguments. But rarely anyone can compete with Richard Rorty in summarizing the whole of it in a series of brilliant literary lectures like these.”—Jürgen Habermas

“Richard Rorty was the most iconoclastic and dramatic philosopher of the last half-century. In this final book, his unique literary style, singular intellectual zest, and demythologizing defiance of official philosophy are on full display.”—Cornel West

“A sharp and comprehensive statement of Richard Rorty’s distinctive version of pragmatism, presented with all the wit and vitality typical of his writings. Carefully edited by Eduardo Mendieta, with an illuminating foreword by Robert B. Brandom, this book is invaluable reading for anyone interested in Rorty’s philosophical vision.”—Richard J. Bernstein, Vera List Professor of Philosophy, The New School for Social Research