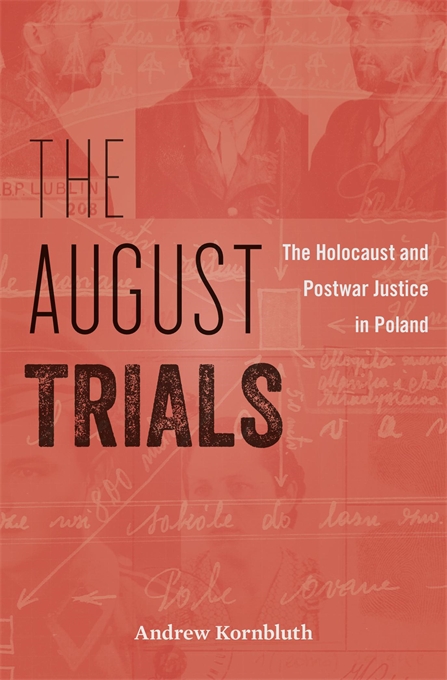 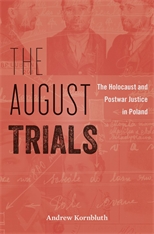 The Holocaust and Postwar Justice in Poland

The first account of the August Trials, in which postwar Poland confronted the betrayal of Jewish citizens under Nazi rule but ended up fashioning an alibi for the past.

When six years of ferocious resistance to Nazi occupation came to an end in 1945, a devastated Poland could agree with its new Soviet rulers on little else beyond the need to punish German war criminals and their collaborators. Determined to root out the “many Cains among us,” as a Poznań newspaper editorial put it, Poland’s judicial reckoning spawned 32,000 trials and spanned more than a decade before being largely forgotten.

Andrew Kornbluth reconstructs the story of the August Trials, long dismissed as a Stalinist travesty, and discovers that they were in fact a scrupulous search for the truth. But as the process of retribution began to unearth evidence of enthusiastic local participation in the Holocaust, the hated government, traumatized populace, and fiercely independent judiciary all struggled to salvage a purely heroic vision of the past that could unify a nation recovering from massive upheaval. The trials became the crucible in which the Communist state and an unyielding society forged a foundational myth of modern Poland but left a lasting open wound in Polish–Jewish relations.

The August Trials draws striking parallels with incomplete postwar reckonings on both sides of the Iron Curtain, suggesting the extent to which ethnic cleansing and its abortive judicial accounting are part of a common European heritage. From Paris and The Hague to Warsaw and Kyiv, the law was made to serve many different purposes, even as it failed to secure the goal with which it is most closely associated: justice.