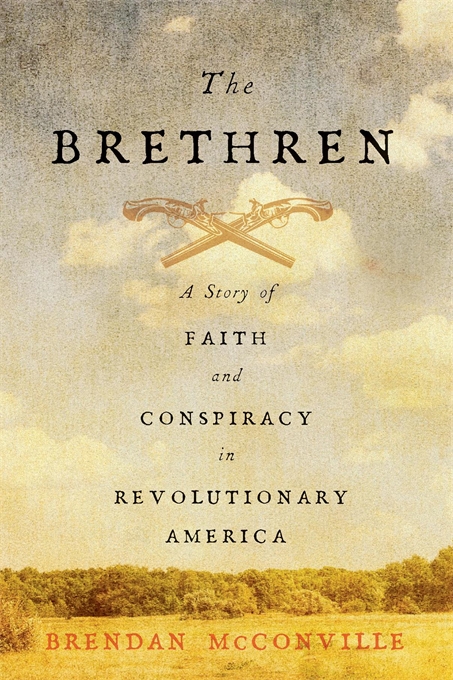 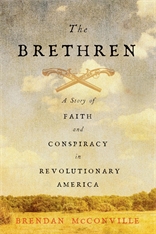 A Story of Faith and Conspiracy in Revolutionary America

“[McConville’s] use of archival and printed primary sources to discern thoughts and actions of obscure people [is] a rare feat… Important and well worth reading and discussing.”—Carole Watterson Troxler, North Carolina Historical Review

“In this innovative and vivid history, McConville deploys deft and deep research to recover a long-hidden struggle within the American Revolution for the soul of a new nation. The Brethren reveals a contradictory, divisive, violent, and volatile revolution that pivoted on the allegiance of rural Christians alienated from the more secular leaders of their state.”—Alan Taylor, author of American Revolutions: A Continental History, 1750–1804

“McConville gives us an American Revolution we have never really seen. The Brethren demonstrates the hidden power of anti-Catholicism, loyalism, slave revolts, and a crucial conflict among patriots. It turns out that many ordinary Americans were determined to save their religion equally from King George III and from America’s own rationalist elite.”—Woody Holton, author of Liberty Is Sweet: The Hidden History of the American Revolution

“In reconstructing the Lewellen conspiracy, McConville recovers the complexity and nuance of the American Revolution on the ground. This isn’t a story of idealistic Founding Fathers making the Enlightenment real, but of common people making sense of momentous changes. Written with great verve and flair, this book challenges our assumptions about the nature of the Revolution itself.”—Francis D. Cogliano, author of Emperor of Liberty: Thomas Jefferson’s Foreign Policy

“McConville provides a compact and elegant account of conspiratorial resistance to Revolutionary authority by alienated Anglicans in North Carolina, revealing important new perspectives on shifting religious and political orientations in the Revolution. Recovering a world unfamiliar, transient, and disconcerting, The Brethren amply repays readers interested in exploring the confused conflicts and abrupt dislocations of ordinary Americans during the Revolutionary crisis.”—Stephen A. Marini, author of Radical Sects of Revolutionary New England