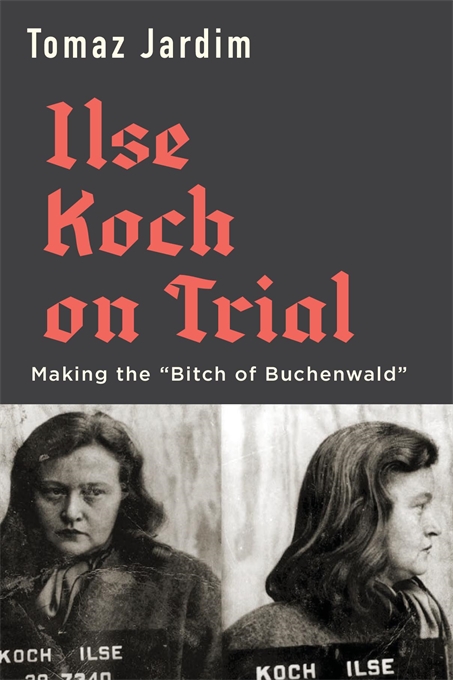 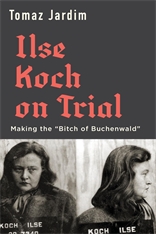 Making the “Bitch of Buchenwald”

An authoritative reassessment of one of the Third Reich’s most notorious war criminals, whose alleged sexual barbarism made her a convenient scapegoat and obscured the true nature of Nazi terror.

On September 1, 1967, one of the Third Reich’s most infamous figures hanged herself in her cell after nearly twenty-four years in prison. Known as the “Bitch of Buchenwald,” Ilse Koch was singularly notorious, having been accused of owning lampshades fabricated from skins of murdered camp inmates and engaging in “bestial” sexual behavior. These allegations fueled a public fascination that turned Koch into a household name and the foremost symbol of Nazi savagery. Her subsequent prosecution resulted in a scandal that prompted US Senate hearings and even the intervention of President Truman.

Yet the most sensational atrocities attributed to Koch were apocryphal or unproven. In this authoritative reappraisal, Tomaz Jardim shows that, while Koch was guilty of heinous crimes, she also became a scapegoat for postwar Germans eager to distance themselves from the Nazi past. The popular condemnation of Koch—and the particularly perverse crimes attributed to her by prosecutors, the media, and the public at large—diverted attention from the far more consequential but less sensational complicity of millions of ordinary Germans in the Third Reich’s crimes.

Ilse Koch on Trial reveals how gendered perceptions of violence and culpability drove Koch’s zealous prosecution at a time when male Nazi perpetrators responsible for greater crimes often escaped punishment or received lighter sentences. Both in the international press and during her three criminal trials, Koch was condemned for her violation of accepted gender norms and “good womanly behavior.” Koch’s “sexual barbarism,” though treated as an emblem of the Third Reich’s depravity, ultimately obscured the bureaucratized terror of the Nazi state and hampered understanding of the Holocaust.