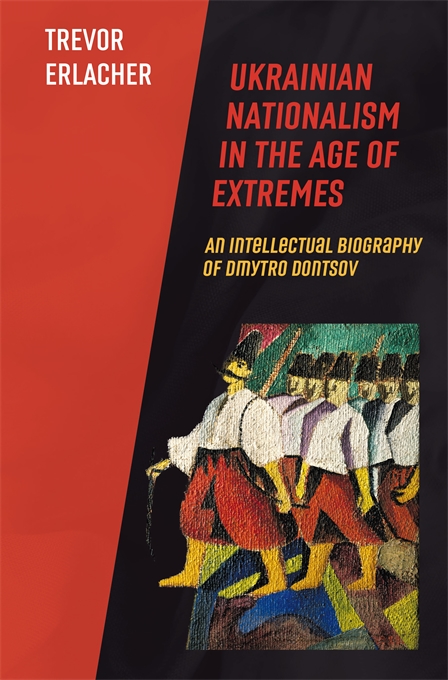 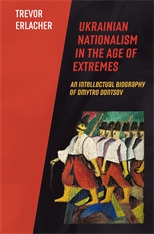 Ukrainian Nationalism in the Age of Extremes

An Intellectual Biography of Dmytro Dontsov

Ukrainian nationalism made worldwide news after the Euromaidan revolution and the outbreak of the Russo-Ukrainian war in 2014. Invoked by regional actors and international commentators, the “integral” Ukrainian nationalism of the 1930s has moved to the center of debates about Eastern Europe, but the history of this divisive ideology remains poorly understood.

This timely book by Trevor Erlacher is the first English-language biography of the doctrine’s founder, Dmytro Dontsov (1883–1973), the “spiritual father” of the Organization of Ukrainian Nationalists. Organizing his research of the period around Dontsov’s life, Erlacher has written a global intellectual history of Ukrainian integral nationalism from late imperial Russia to postwar North America, with relevance for every student of the history of modern Europe and the diaspora.

Thanks to the circumstances of Dontsov’s itinerant, ninety-year life, this microhistorical approach allows for a geographically, chronologically, and thematically broad yet personal view on the topic. Dontsov shaped and embodied Ukrainian politics and culture as a journalist, diplomat, literary critic, publicist, and ideologue, progressing from heterodox Marxism, to avant-garde fascism, to theocratic traditionalism.

Drawing upon archival research in Ukraine, Poland, and Canada, this book contextualizes Dontsov’s works, activities, and identity formation diachronically, reconstructing the cultural, political, urban, and intellectual milieus within which he developed and disseminated his worldview.