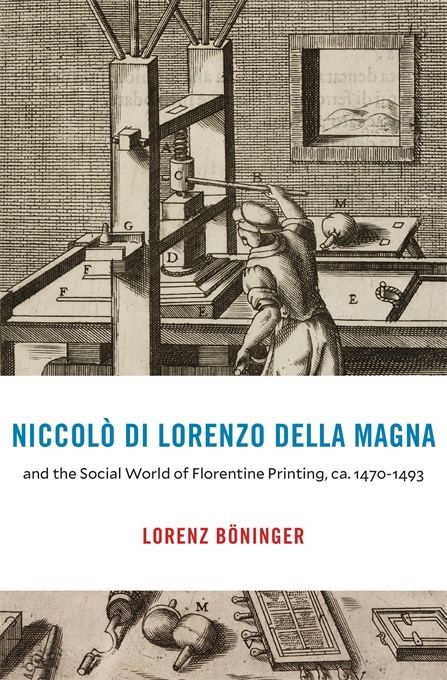 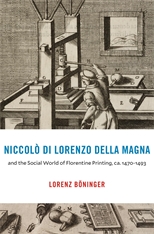 A new history of one of the foremost printers of the Renaissance explores how the Age of Print came to Italy.

Lorenz Böninger offers a fresh history of the birth of print in Italy through the story of one of its most important figures, Niccolò di Lorenzo della Magna. After having worked for several years for a judicial court in Florence, Niccolò established his business there and published a number of influential books. Among these were Marsilio Ficino’s De christiana religione, Leon Battista Alberti’s De re aedificatoria, Cristoforo Landino’s commentaries on Dante’s Commedia, and Francesco Berlinghieri’s Septe giornate della geographia. Many of these books were printed in vernacular Italian.

Despite his prominence, Niccolò has remained an enigma. A meticulous historical detective, Böninger pieces together the thorough portrait that scholars have been missing. In doing so, he illuminates not only Niccolò’s life but also the Italian printing revolution generally. Combining Renaissance studies’ traditional attention to bibliographic and textual concerns with a broader social and economic history of printing in Renaissance Italy, Böninger provides an unparalleled view of the business of printing in its earliest years. The story of Niccolò di Lorenzo furnishes a host of new insights into the legal issues that printers confronted, the working conditions in printshops, and the political forces that both encouraged and constrained the publication and dissemination of texts.