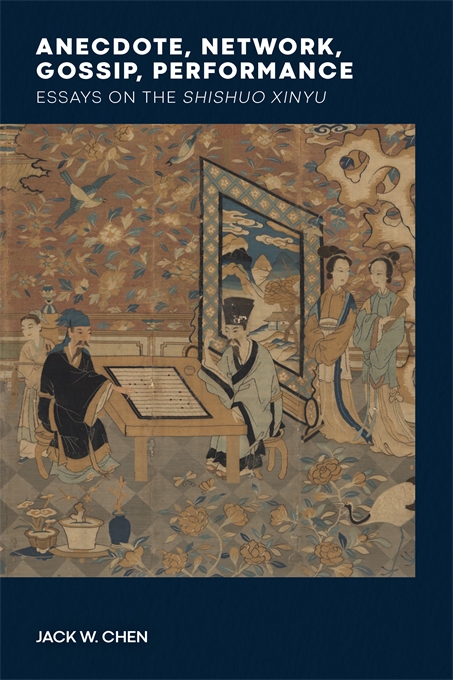 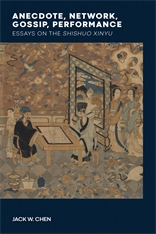 Essays on the Shishuo xinyu

Anecdote, Network, Gossip, Performance is a study of the Shishuo xinyu, the most important anecdotal collection of medieval China—and arguably of the entire traditional era. In a set of interconnected essays, Jack W. Chen offers new readings of the Shishuo xinyu that draw upon social network analysis, performance studies, theories of ritual and mourning, and concepts of gossip and reputation to illuminate how the anecdotes of the collection imagine and represent a political and cultural elite. Whereas most accounts of the Shishuo have taken a historical approach, Chen argues that the work should be understood in literary terms.

At its center, Anecdote, Network, Gossip, Performance is an extended meditation on the very nature of the anecdote form, both what the anecdote affords in terms of representing a social community and how it provides a space for the rehearsal of certain longstanding philosophical and cultural arguments. Although each of the chapters may be read separately as an essay in its own right, when taken together, they present a comprehensive account of the Shishuo in all of its literary complexity.