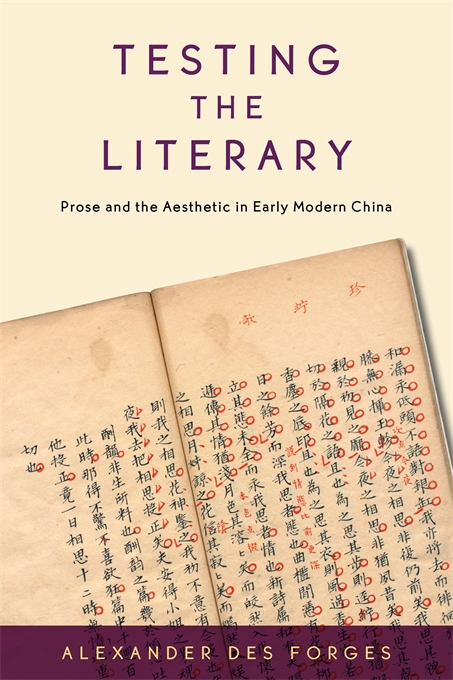 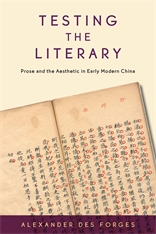 Prose and the Aesthetic in Early Modern China

The civil service examination essay known as shiwen (modern or contemporary prose) or bagu wen (eight-legged essay) for its complex structure was the most widely read and written literary genre in early modern China (1450–1850). As the primary mode of expression in which educated individuals were schooled, shiwen epitomized the literary enterprise even beyond the walls of the examination compound. But shiwen suffered condemnation in the shift in discourse on literary writing that followed the fall of the Ming dynasty, and were thoroughly rejected in the May Fourth iconoclasm of the early twentieth century.

Challenging conventional disregard for the genre, Alexander Des Forges reads the examination essay from a literary perspective, showing how shiwen redefined prose aesthetics and transformed the work of writing. A new approach to subjectivity took shape: the question “who is speaking?” resonated through the essays’ involuted prose style, foregrounding issues of agency and control. At the same time, the anonymity of the bureaucratic evaluation process highlighted originality as a literary value. Finally, an emphasis on questions of form marked the aesthetic as a key arena for contestation of authority as candidates, examiners, and critics joined to form a dominant social class of literary producers.