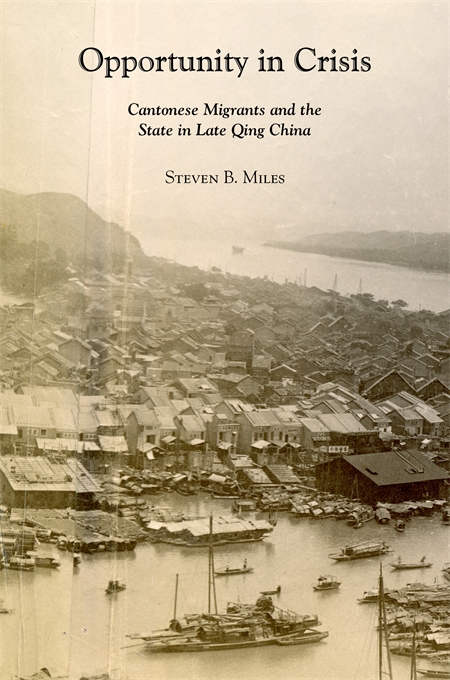 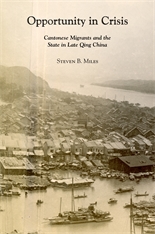 Cantonese Migrants and the State in Late Qing China

Opportunity in Crisis explores the history of late Qing Cantonese migration along the West River basin during war and reconstruction and the impact of those developments on the relationship between state and local elites on the Guangxi frontier. By situating Cantonese upriver and overseas migration within the same framework, Steven Miles reconceives the late Qing as an age of Cantonese diasporic expansion rather than one of state decline.

The book opens with crisis: rising levels of violence targeting Cantonese riverine commerce, much of it fomented by a geographically mobile Cantonese underclass. Miles then narrates the ensuing history of a Cantonese rebel regime established in Guangxi in the wake of the Taiping uprising. Subsequent chapters discuss opportunities created by this crisis and its aftermath and demonstrate important continuities and changes across the mid-century divide. With the reassertion of Qing control, Cantonese commercial networks in Guangxi expanded dramatically and became an increasingly important source of state revenue. Through its reliance on Hunanese and Cantonese to reconquer Guangxi, the Qing state allowed these diasporic cohorts more flexibility in colonizing the provincial administration and examination apparatus, helping to recreate a single polity on the eve of China’s transition from empire to nation-state.