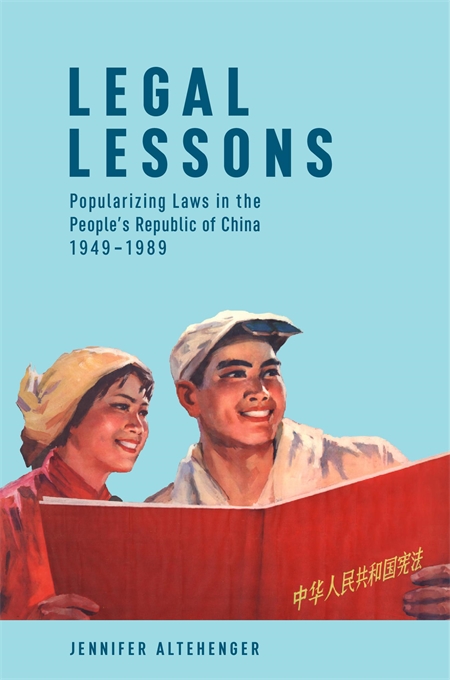 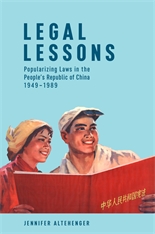 The popularization of basic legal knowledge is an important and contested technique of state governance in China today. Its roots reach back to the early years of Chinese Communist Party rule. Legal Lessons tells the story of how the party-state attempted to mobilize ordinary citizens to learn laws during the early years of the Mao period (1949–1976) and in the decade after Mao’s death.

Examining case studies such as the dissemination of the 1950 Marriage Law and successive constitutions since 1954 in Beijing and Shanghai, Jennifer Altehenger traces the dissemination of legal knowledge at different levels of state and society. Archival records, internal publications, periodicals, advice manuals, memoirs, and colorful propaganda materials reveal how official attempts to determine and promote “correct” understandings of laws intersected with people’s interpretations of written laws and with their experiences of laws in practice. They also show how diverse groups—including party-state leadership, legal experts, publishers, writers, artists, and local officials, along with ordinary people—helped to define the meaning of laws in China’s socialist society. Placing mass legal education and law propaganda at the center of analysis, Legal Lessons offers a new perspective on the sociocultural and political history of law in socialist China.