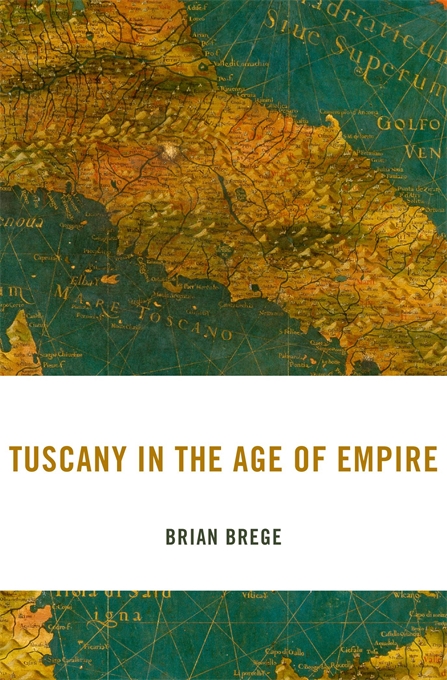 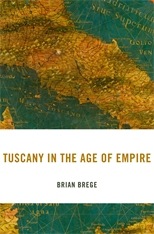 Tuscany in the Age of Empire

“Like the Venetians and the Genoese, the Medicis of Tuscany never built a world empire, but they nevertheless engaged with the inter-imperial puzzle of the early modern world on a vast scale. In this ambitious and wide-ranging book, Brege addresses the issue of a ‘global Florence’ by considering the various theaters of Florentine commercial, political, and intellectual involvement across several continents. This is an important book, and one that will be widely cited.”—Sanjay Subrahmanyam, author of Europe’s India

“The question of whether Tuscany ever sought to develop an overseas empire has been raised by many scholars obliquely, yet it has never been addressed head on with such a vast range of evidence. The result is a fascinating interrogation of Tuscany’s relationships with the wider world at a time when the Portuguese, Spanish, and Ottoman powers guarded access to the riches of distant lands. Their grip was jealous, but not inexorable, and pockets of opportunity were frequently generated by the disruptive activity of rebels, pirates, merchants, missionaries, and agents.”—Sheila Barker, Director, The Jane Fortune Research Program on Women Artists in the Age of the Medici

“Tuscany in the Age of Empire is the first book-length treatment of Tuscany as a protagonist in the early modern world of empires, rather than as one of Italy’s regional states. It builds on numerous publications that have re-oriented both the historiography of the Republican and Grand Ducal periods to respond to the rising tide of global history in the profession. The book also draws on unpublished archival and rare-book collections in order to offer a wide-ranging discussion of the manifold links between Tuscany, the Mediterranean, the Atlantic, and even, to some extent, to the Indian and Pacific Oceans.”—Francesca Trivellato, author of The Promise and Peril of Credit: What a Forgotten Legend about Jews and Finance Tells Us about the Making of European Commercial Society

“Drawing upon an evidentiary treasury amassed from repositories in India, Italy, Spain, the United Kingdom, and the United States, Brege highlights intersections of diplomacy and science, art and commerce, cartography and material culture in the wildly ambitious projects the Tuscan state envisioned and attempted from the 1560s through the 1620s. In the end, Brege’s riveting, forensic analysis offers readers a history fully in the round and, best of all, reveals how Tuscany managed to reinvent itself as a serious global player even as the Renaissance waned.”—Sarah Gwyneth Ross, author of Everyday Renaissances

“Brege’s narrative deftly weaves together archival documents and primary sources from around the world to tell the first complete story of the Medici’s global ambitions in the late sixteenth and early seventeenth centuries. This brilliant ‘connected history’ invites the reader to reconsider the very idea of empire in the early modern period.”—Lia Markey, author of Imagining the Americas in Medici Florence