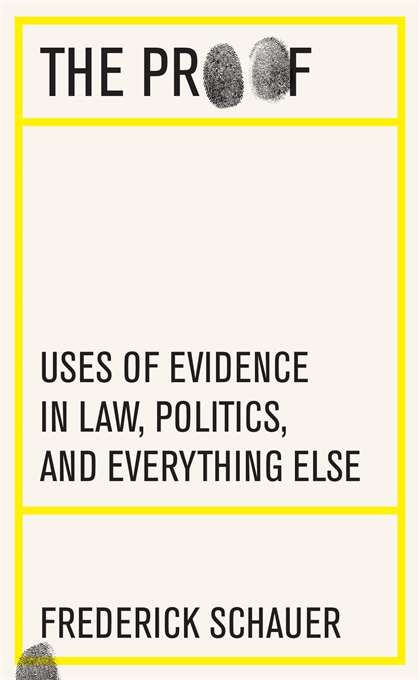 Uses of Evidence in Law, Politics, and Everything Else

In a world awash in “fake news,” where public figures make unfounded assertions as a matter of course, a preeminent legal theorist ranges across the courtroom, the scientific laboratory, and the insights of philosophers to explore the nature of evidence and show how it is credibly established.

In the age of fake news, trust and truth are hard to come by. Blatantly and shamelessly, public figures deceive us by abusing what sounds like evidence. Preeminent legal theorist Frederick Schauer proposes correctives, drawing on centuries of inquiry into the nature of evidence.

Evidence is the basis of how we know what we think we know, but evidence is no simple thing. Evidence that counts in, say, the policymaking context is different from evidence that stands up in court. Law, science, historical scholarship, public and private decision making—all rely on different standards of evidence. Exploring diverse terrain including vaccine and food safety, election-fraud claims, the January 2021 events at the US Capitol, the reliability of experts and eyewitnesses, climate science, art authentication, and even astrology, The Proof develops fresh insights into the challenge of reaching the truth.

Schauer combines perspectives from law, statistics, psychology, and the philosophy of science to evaluate how evidence should function in and out of court. He argues that evidence comes in degrees. Weak evidence is still some evidence. The absence of evidence is not evidence of absence, but prolonged, fruitless efforts to substantiate a claim can go some distance in proving a negative. And evidence insufficient to lock someone up for a crime may be good enough to keep them out of jail. This book explains how to reason more effectively in everyday life, shows why people often reason poorly, and takes evidence as a pervasive problem, not just a matter of legal rules.