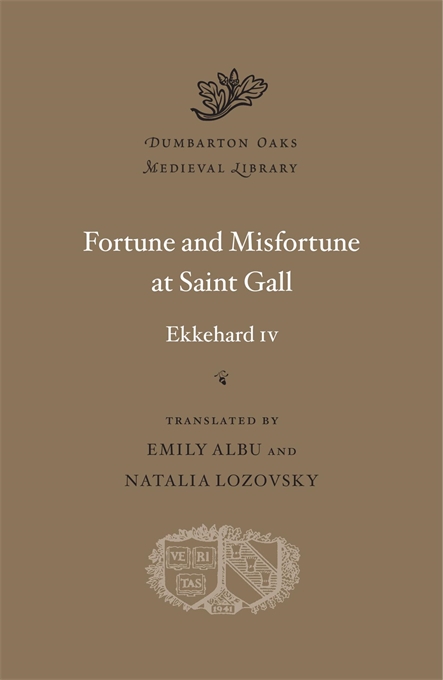 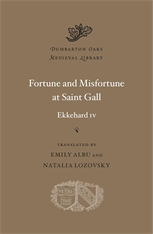 Fortune and Misfortune at Saint Gall

The eleventh-century monk Ekkehard IV’s Fortune and Misfortune at Saint Gall, part of the chronicles of the famous Swiss abbey, is a treasure trove of medieval monastic life. Saint Gall’s records span its humble beginnings in the early seventh century to the late Middle Ages, with Ekkehard’s contribution covering the 880s to 972, near the end of the monastery’s two-century-long golden age. Its unforgettable tales, sometimes at odds with the historical record, contain sharp flashes of Ekkehard’s signature humor—when, for instance, a spying abbot from a neighboring monastery is caught hiding in the latrine. Ekkehard also shows how the abbey’s role as a spiritual haven could be compromised by worldly ties, including close associations with the powerful Carolingian and Ottonian courts. He bears witness to the struggles of the tenth-century church reform movement, when Emperor Otto I dispatched investigators to uncover Saint Gall’s deviations from the Rule of Saint Benedict.

This volume publishes the Latin text alongside its first complete English translation.