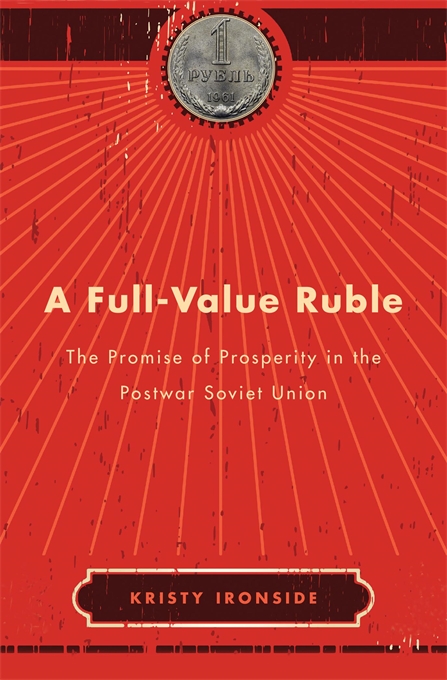 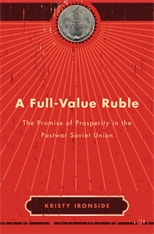 The Promise of Prosperity in the Postwar Soviet Union

On NPR’s All Things Considered, listen to Kristy Ironside discuss the significance of McDonald’s pulling out of Russia in the wake of global outrage at Russia’s February 2022 invasion of Ukraine:

A new history shows that, despite Marxism’s rejection of money, the ruble was critical to the Soviet Union’s promise of shared prosperity for its citizens.

In spite of Karl Marx’s proclamation that money would become obsolete under Communism, the ruble remained a key feature of Soviet life. In fact, although Western economists typically concluded that money ultimately played a limited role in the Soviet Union, Kristy Ironside argues that money was both more important and more powerful than most histories have recognized. After the Second World War, money was resurrected as an essential tool of Soviet governance. Certainly, its importance was not lost on Soviet leaders, despite official Communist Party dogma. Money, Ironside demonstrates, mediated the relationship between the Soviet state and its citizens and was at the center of both the government’s and the people’s visions for the maturing Communist project. A strong ruble—one that held real value in workers’ hands and served as an effective labor incentive—was seen as essential to the economic growth that would rebuild society and realize Communism’s promised future of abundance.

Ironside shows how Soviet citizens turned to the state to remedy the damage that the ravages of the Second World War had inflicted upon their household economies. From the late 1940s through the early 1960s, progress toward Communism was increasingly measured by the health of its citizens’ personal finances, such as greater purchasing power, higher wages, better pensions, and growing savings. However, the increasing importance of money in Soviet life did not necessarily correlate to improved living standards for Soviet citizens. The Soviet government’s achievements in “raising the people’s material welfare” continued to lag behind the West’s advances during a period of unprecedented affluence. These factors combined to undermine popular support for Soviet power and confidence in the Communist project.